CATHEDRAL DEANERY — An ecumenical group of church leaders came together Feb. 19 with a message for President Barack Obama and members of Congress: focus on comprehensive immigration reform.

“I guess we’re feeling an urgency to get comprehensive immigration reform,” Father Schutte said. “For us the urgency is now because of the strong needs that we’re seeing for [reform}. I don’ think there are any stronger cries of the poor right now than those of the immigrants and refugees.”

The faith leaders were part of an effort to lobby Ohio members of Congress with hundreds of phone calls, letters and short visits to legislators’ district offices. The local effort mirrored others around the country that included various segments of society such as business and labor representatives.

Particular attention was given to U.S. Sen. George Voinovich. The Ohio Republican carries considerable influence in Congress and is retiring at the end of his current term.

“Voinovich has supported comprehensive immigration reform,” said Tony Stieritz, director of the Catholic Social Action Office for the Cincinnati archdiocese. “He was kind of focused on this campaign because of that and because he’s making decisions about what his legacy will be . . . and we hope he will consider this one of his priority issues.”

“We were appealing to him,” Father Schutte said. “He’s a faith-filled man and he knows the moral implications of this.”

Father Schutte has experienced firsthand the pain caused by a lack of comprehensive immigration reform. With a growing core of Guatemalan immigrants and refugees from Burundi, Africa, in his parish, one of his parishioners has been deported. The Guatemalans typicall tend to live with the fear of deportation.

“They find consolation in their faith and they find strength in their faith,” Father Schutte said. “That’s how they deal with it here.”

Despite the threat of deportation, the Guatemalans support each other.

“When the one person was deported they rallied together to get funds to get family back [home] to him,” Father Schutte said. “Often they will take up special collections among themselves and they give it to me and I

give it back to them for rent or food or whatever. “

Faith and church leaders who were active in the lobbying campaign are urging lawmakers to make comprehensive reform a priority before Easter.

“What we’ve been seeing is just families continued to be broken apart, and because there is a vacuum of federal immigration reform, the local, state and county and municipal governments are often trying to step in and fill the void with their own pro-active measures that exacerbate the situation,” he continued. “We want to see the system fixed and it has to be fixed at the federal level.”

Give it a little time 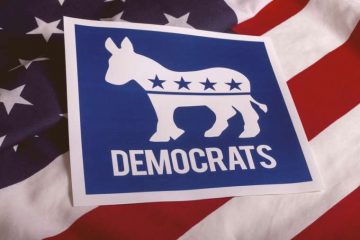