PATNA, INDIA — Jesuit Father Anthony J. Grollig, a native of Cincinnati who served in India for nearly 60 years, died at the age of 88 in Patna, India, Oct. 11. A funeral Mass was celebrated there on Oct. 12.

Father Grollig attended Xavier University, graduating in 1943 with a bachelor’s degree in chemistry. He enlisted in the Army and spent three years stationed in the south and western Pacific. He joined the Society of Jesus in 1946.

After completing his juniorate in 1950, he was assigned to India and studied philosophy at Shembaganur until 1952. He was ordained to the priesthood in 1955, in Kurseong. Following his tertianship at Sitagarha, he began his pastoral ministry in India, remaining there the rest of his life. He served in a pastoral capacity at various locations around India until 1998, including Bangalore, Kharagpur, Latonah, Chakhni, Darbhanga, Jamalpur and Phulwari Sharif. In 1998 Father Grollig was assigned to the Jesuit community at K.R. Bettiah, as the librarian.  In 2002 he retired to Xavier Teachers Training Institute (XTTI). He had been in declining health in recent months.

He is survived by a sister, Sister of Notre Dame de Namur Alma Grolling of Cincinnati. 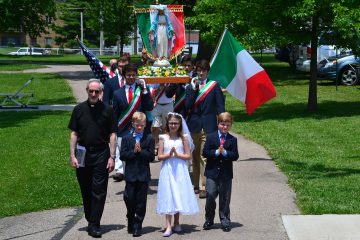