We celebrate Father’s Day on Sunday, June 16, 2019. We think of the strength of a father, his guiding hand, his wisdom, his help.

God the Father gave up his only Son, Jesus Christ, so that we might be saved through him.

He provides an example of the very vocation of fatherhood.

Fathers are to sacrifice their lives for their families.

They do this by:
• Being the spiritual leader and guardian of their families.
• Praying for and with their families.
• Being a courageous witness to the Gospel.
• Providing care and support for their families.
• Serving as an example of goodness and truth.
• Leading with courage and accountability.
• Laying down one’s life for another.

Today, in a special way, let us be grateful for:
• Our fathers, by birth or adoption, who love us and support us through life.
• Our Church leaders, who take on the paternal role of guiding us through life.
• And God our Father, who will always teach justly and grant us boundless mercy.

Reflection: The Prodigal Son is a reading most people are very familiar with. For today’s reflection, think of Dad. Note in Luke’s Gospel he says “While he was still a long way off, his father caught sight of him, and was filled with compassion.” Reflect on the thousands of times a father waits in vigil. Whether a son coming back from school, a daughter from her first dance, a child serving in the armed forces: the gift of our fathers always waiting and watching over us. 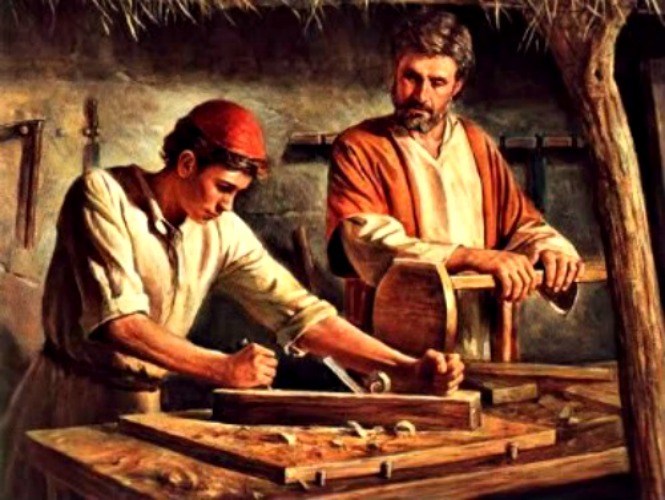