The cause for beatification of Sister Lucia dos Santos, the eldest child to witness the Fatima apparitions, has taken a step forward.

In a meeting at the Vatican, the postulators for Lucia’s cause submitted the “positio” document containing testimonies and information detailing her heroic virtues to the Dicastery for the Causes of Saints.

Father Carlos Cabecinhas, the rector of the Fatima shrine, announced the update on the Oct. 13 anniversary of the Miracle of the Sun, the last Marian apparition in Fatima in 1917.

The “Positio on the Life, Virtues and Reputation for Holiness of Sister Lucia de Jesus dos Santos” will now be examined by nine theologians. If the evidence of her heroic virtue is confirmed by the Vatican’s saints office and Pope Francis decides to promulgate a decree, Sister Lucia will be designated as Venerable in the Catholic Church.

Pope Francis canonized the two other Fatima visionaries, Jacinta and Francisco Marto, in 2017. The two shepherd children, who died at ages 10 and 11 respectively, are the youngest non-martyr saints in the Church’s history.

Lucia, who was 10 years old at the time of the 1917 Marian apparitions, outlived the other visionaries by decades, surviving until age 97.

She spent the final 50 years of her life in a Carmelite convent in Coimbra, Portugal. As the only Fatima visionary who was able to hear the Virgin Mary speak during the series of apparitions at Fatima, her written memoirs have provided an important account of the Fatima message.

“At some point, there is no Fatima narrative without Lucia’s account. I cannot imagine Fatima as it is without Lucia having provided an account for it, through her more and less known writings,” José Rui Teixeira, Lucia’s biographer, said at a virtual event on the Fatima anniversary this month.

Teixeira, who helped to compile documents for her sainthood cause, said that he had nearly 4,000 references in his bibliography.

Lucia’s canonization cause opened in 2008, three years after her death, after Pope Benedict XVI granted a dispensation for the usually required five-year waiting period. More than 15,000 letters, testimonies, and other documents were collected during the diocesan phase of her cause, which concluded in 2017.

In his latest update on Lucia’s cause, Cabecinhas said: “Let us pray for the cause of beatification and canonization of Sister Lucia.”

“Let us entrust our intentions and needs to her intercession with the same confidence with which the pilgrims of 100 years ago presented their requests to her so that she could convey them to Our Lady.”

‘A rescue mission of truly loving people’: Tim Tebow calls on pro-lifers to change the culture 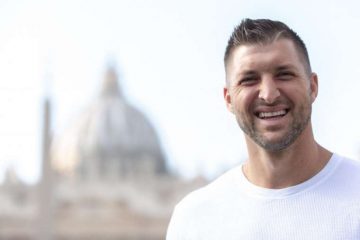