“I hope you don’t mind being surrounded by bones,” he started, before pointing to the boxes, labeled with names and set in a row upon a long table.

He explained how he’d devoted much of the past 24 years in this traditionally Catholic stronghold locating, disinterring, cleaning and preparing the bones and other various remains of Catholics who were murdered here for their faith, sometime between 1945 and 1974.

The Vatican’s move in April to recognize the martyrdom of 38 Albanians — including a woman — set the stage for their possible beatification and injected special meaning — as well as impetus — into his work, Brother Foca said.

“What I have before me are six martyrs,” he said, lifting each box, one by one, and naming the priest whose remains each filled. They were among those on the pope’s list for martyrdom, he said.

“This first box is Don Ndre Zadeja, the second is Don Dede Malaj, the third is Don Jak Bushati, the fourth is Don Anton Muzaj, the fifth is Don Luigj Prendushi, and the sixth is Don Ndoc Suma,” Brother Foca said, using the Italian title for Father to name the diocesan priests.

“I have brought the bones here in my office in order to clean them, as some have been underground for up to 70 years. We have found a lot of bones, not all, but quite a lot, on which I have already done a preliminary cleaning,” said Brother Foca, 54.

Then, he reached into the boxes containing Fathers Malaj and Suma’s bones and pulled out a deteriorating priest’s collar from the first one and a pair of disintegrating shoes from the other.

“We don’t have to do an analysis on these, because they were identified by the families who buried the priests, or knew where the bodies were,” he said of the six sets of bones and various accompanying artifacts.

“The families were present when we dug the bodies up… and they were crying, but they were also joyful,” because the priests — their relatives — “were going to be beatified,” Brother Foca said.

He said he was awaiting the arrival at the end of May of a specialist from Italy, who would do the final “conservation of the bones … to ensure they last for a very long time” in Albania, which also has large Orthodox Christian and Muslim populations, who suffered as well under the previous atheist regime.

Brother Foca said that, almost from Day One, he had been “searching all over Albania for all Franciscan friars who died during the communist period, up until 1992,” and that he had located 14 of them so far. He said he reburied them in Shkoder’s Franciscan church.

Eight of the martyrs on the pope’s list were Franciscans, but among those only the bodies of three had been found, including that of Archbishop Vincenc Prennushi, a Franciscan prelate, he said.

Some on the list had already been reinterred, he added, citing as an example the only woman on the list, Maria Tuci, whom Brother Foca said had died in 1950 due to various, horrific methods of torture, inflected by state agents because of her Catholic faith. She was now entombed in a Shkoder convent.

“Part of her torture consisted of her being put naked in a cloth bag, with a feral cat,” Brother Foca said. “They beat the bag, and the cat would tear into her,” according to Tuci family members who lived to tell about her ordeal.

He said that when the pope recognized the 38 Albanian martyrs last April, Catholic churches in Shkoder and other parts of the country rang their bells loudly.

“All the bells rang out … and the people came running, asking, ‘What has happened, what has happened?’ And we told them, and they were very much moved … because there are still some older people who lived this period of persecution and they remember. The ’70s was not that long ago,” Brother Foca said.

He noted that in September 2014, Pope Francis visited Albania and was moved to tears after listening to the stories of two survivors of Albania’s former communist crackdown against the church.

At the time, the pope had called the country “a land of heroes and martyrs.”

“Albanians are very happy; they now have heroes … who never gave up, and who died for the church and for the pope, in whom Jesus Christ lives,” said Brother Foca. 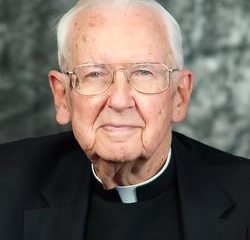