PARIS (CNS) — Mohammed Chirani was pursuing a midlife career change in the United Kingdom when news erupted out of his native France that Muslim extremists had attacked the Paris headquarters of a satirical magazine, Charlie Hebdo, killing 12 people, including eight of the magazine’s staff.

The news gradually worsened over the next two days, as the extremists killed a policewoman, and then another four people inside a Paris kosher food market.

For Chirani, the events were devastating; he felt he and other Muslims were being “held hostage” by a minority of fanatics, and that it was his duty to do something about it.

He prayed for guidance and headed back to France where, since then, he has been engaged in a campaign to eradicate extremism. He calls his mission a “jihad,” playing on same word that some Muslim extremist groups use to describe their violent actions.

“Mine is a jihad of testimony, of citizenship and spirituality,” explained Chirani, who lived from ages 9-19 in his parent’s native Algeria, where he learned Arabic, studied the Quran, and was a member of the Algerian Muslim Scouts.

“The real meaning (of jihad) is effort, a spiritual and ethical effort. For (extremists), jihad means only to kill and harm,” Chirani told Catholic News Service recently.

He spoke to CNS at a Catholic institute of learning in Paris, where he was studying world religions to strengthen his skills at interfaith dialogue. In the meantime, he said, he has been focused on beating Muslim extremists at their own game via French press, radio and television, where Chirani was busy “desanctifying” the false pretenses he claimed the extremists groups used to justify their violence.

He looked tired yet steadfast. In November, extremists had struck France again, killing 130 people and wounding hundreds of others in coordinated attacks across the capital.

“We are at the mercy of fanatic delinquents, fanatic scum, who have taken religion from 1.6 billion people,” he said, referring to an estimated number for the world’s Muslims, whom he described as “peace-loving.”

“To justify their fight, they use verses of the (holy Muslim scriptures) Quran and Hadith outside of their context, which I call ‘false sacred.’ We, therefore, have to undo this false sacred with the real sacred, that is to explain, and to put (verses) back into context,” Chirani said.

He cited instances when extremist groups have used 1,500-year-old texts that speak of Muhammad’s battles with polytheists of Mecca in their attempts to incite attacks now.

“These verses are not universal, and not for all times and places,” Chirani said, adding that the world’s major religions called for “wisdom” and “reason” in deciphering the meanings of sacred texts, and that Islam was no exception.

“In the Quran when God speaks, and he says, ‘Do the true jihad,’ what is jihad? It is … to testify that God is mercy and peace. We are working for a true god, God of mercy and love,” Chirani said, adding that those killing in the name of Islam were “in the service of a satanic sect.”

He made the same points just days before, on national television, where he had been invited to speak about the Paris attacks, and about what could be done to prevent the spread of the extremism.

He had begun speaking Arabic in the middle of the live interview and directly addressed those behind the attacks.

“Know that our dead, the innocent French citizens, are in paradise, and your dead, the terrorists, are in hell,” he told the extremists, emotionally.

Then he waved a copy of the Quran along with his French passport and French ID and warned the extremists: “We are waging jihad against you, with the Quran” and “we are kissing our (French) documents.”

“I defy those who have threatened me,” he said, explaining how he had declined offers from French security to provide him with police protection. “I put myself under God’s protection.”

Lebanon strains under weight of refugees

Schedule of Roe vs. Wade memorial events around archdiocese released 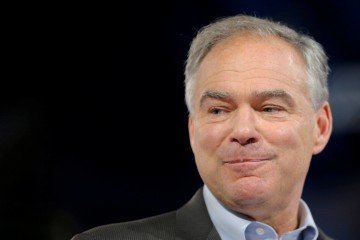