“Pro-life victory in these two Senate seats is crucial to give the pro-life movement a fighting chance at combatting the worst of the pro-abortion agenda, including expanding the Supreme Court and forcing taxpayers to fund abortion on demand through birth,” Mallory Quigley, national spokeswoman of Women Speak Out PAC, stated Jan. 4.

Georgia’s election laws require a runoff election between the top two candidates in a race, if neither candidate received a majority of the vote.

While Sen. David Perdue (R) edged out Democratic candidate Jon Ossoff by fewer than 100,000 votes in November, he received just shy of 50% of the vote and the race went to a Jan. 5 special runoff election.

Meanwhile, Democrat Raphael Warnock and Republican Sen. Kelly Loeffler are facing off after they received the most votes out of a field of several candidates in November to fill the seat of retired Sen. Johnny Isakson. Loeffler was appointed by the governor in 2019 to replace Isakson, with the special election held in November for the voters ultimately to decide the seat.

Control of the Senate is currently undetermined. Democrats hold the White House and the House of Representatives, and also possess 48 seats in the Senate. With the two Georgia seats still undecided, Republicans need to win only one of the seats to keep a majority in the chamber.

If Democrats sweep both races, however, they will effectively have a Senate majority as Vice President-elect Kamala Harris would be available to cast a tiebreaking vote if the chamber were split 50-50.

Pro-life activists have been working on the ground to elect the two Republicans in the race, Perdue and Loeffler, arguing that Warnock and Ossoff would vote with Democrats on bills relating to abortion.

The pro-life Susan B. Anthony List has endorsed both candidates, calling them “pro-life champions” and arguing that if Democrats gain a Senate majority, “there would be no check on the pro-abortion Biden-Harris administration, Chuck Schumer, Nancy Pelosi and the radical pro-abortion lobby bent on ditching the filibuster and packing the Court.”

While it remains to be seen if Democrats would seek to abolish the filibuster if they gain a majority—Sen. Joe Manchin (D-W.Va.) has already said he would not support such a move—they could pass spending bills without the Hyde Amendment attached. The amendment is a decades-old pro-life policy that bars taxpayer funding of elective abortions in Medicaid. House Democrats have already signaled they intend to repeal the policy.

Ossoff, one of the two Democrats running in Georgia, has said he would “defend Roe v. Wade and the privacy of women’s health care with everything I’ve got.”

Facing Loeffler, meanwhile, is Raphael Warnock, a minister at Ebenezer Baptist Church in Atlanta. He has been outspoken about his faith and its influence on his politics, including on the problems of poverty and health care.

However, he has also cited his faith as a defense of pro-abortion policies.

In November, Warnock called himself a “pro-choice pastor.” He also said in a debate, concerning health care as a “human right,” that “reproductive justice is consistent with my commitment to that” and that “I believe unequivocally in a woman’s right to choose.”

On Nov. 17, Warnock tweeted, “I will always fight for reproductive justice.”

In response to that, Black pro-life advocate Benjamin Watson tweeted that “equal access to kill a son or daughter is NOT justice.”

A coalition of more than 25 Black Christian ministers wrote an open letter to Warnock Dec. 11, calling his “open advocacy of abortion” a “scandal to the faith and to the Black community.”

Meanwhile, both Loeffler and Perdue came under fire in the spring amid accusations of the appearance of insider trading during the coronavirus pandemic.

Loeffler was accused of dumping stocks after receiving a confidential briefing on the fast-spreading coronavirus in January, and before the market plunged. She disputed that claim, saying that the trades were made in her portfolio by independent investors. Perdue, meanwhile, was accused of buying stock in Pfizer as the pandemic spread, and of selling stock in a casino company.

According to 11 Alive local news, claims that Loeffler sold stock after receiving a Jan. 25, 2020 briefing could not be verified. A Justice Department investigation into the matter was dropped. 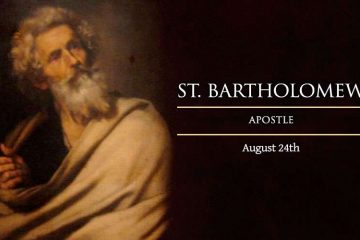