Vatican City, Jan 15, 2021 / 12:40 pm MT (CNA).- The United States ambassador to the Holy See, Callista Gingrich, met with Pope Francis Friday as she prepares to leave Rome in tandem with the end of Donald Trump’s presidency.

She will leave the post Jan. 20 to return to the United States. Deputy Chief of Mission Patrick Connell will be Chargé d’ Affaires until a new ambassador is appointed, an embassy official confirmed to CNA.

Gingrich was nominated for the position by President Trump in May 2017, and confirmed by the U.S. Senate the following October.

During her three years in Rome, Gingrich, wife of former House Speaker Newt Gingrich, drew attention to issues such as human trafficking, Christian persecution, and religious freedom, by hosting symposiums and other events.

On Twitter, the U.S. Embassy to the Holy See said Jan. 15 the “Ambassador and Speaker Gingrich were honored to have a farewell visit with Pope Francis today.”

In an interview on the website of the National Shrine of the Basilica of the Immaculate Conception, published in September 2020, Gingrich said “it has been an incredible and fulfilling experience serving as our nation’s ambassador to the Holy See.”

“The United States and the Holy See collaborate on many important foreign policy objectives. From advancing religious freedom and interfaith dialogue, to combatting human trafficking, to delivering humanitarian assistance, to preventing conflict and violence, our partnership with the Holy See is a worldwide force for good,” she stated.

Gingrich, who is a life-long Catholic, also noted that working in Rome and the Vatican had “greatly strengthened” her faith.

“Every time I participate in a meeting at the Vatican or attend a papal liturgy at St. Peter’s Basilica, I feel honored and blessed,” she said.

In May 2020, Gingrich called attention to the role of faith-based organizations in delivering U.S government relief funds to assist people who were suffering due to the coronavirus in Italy.

“The United States is funding NGOs and faith-based organizations that can effectively deliver critical assistance,” she told EWTN News.

“It’s important that American money be put to good use. Faith-based organizations are effective and trustworthy partners. They’re inspired by a sense of purpose and dedication to help those most in need,” the ambassador said.

In a column for CNA in 2019, Gingrich reflected on 35 years of diplomatic relations with the Holy See.

“Although our embassy was officially established in 1984, ties to the Holy See date back to our nation’s founding,” she said.

“Throughout our history, U.S. presidents have recognized the important role of the Holy See in advancing peace and justice,” she continued. “From 1870 to 1984, several personal envoys were dispatched to the Vatican for discussions on humanitarian and political issues. During World War II, President Franklin Roosevelt’s envoy to Pope Pius XII worked with the Holy See to feed European refugees, provide aid to Eastern Europe, and assist allied prisoners of war.”

Gingrich said that with the Cold War and the Soviet Union, President Ronald Reagan and Pope John Paul II “realized that an unofficial relationship between the United States and the Holy See was no longer adequate to meet the dangers posed by Communism.”

The two leaders met in Vatican City in 1982, and within two years, official diplomatic relations had been established, she recounted.

“When Ambassador Wilson presented his credentials to Pope John Paul II on April 9, 1984, the Pope told him that renewed collaboration between the United States and the Holy See should mean ‘exerting common efforts to defend the dignity and the rights of the human person,’” Gingrich said.

“For the last 35 years,” she said, “this unique partnership has done just that. It has existed, in President Reagan’s words ‘to the benefit of peace-loving people everywhere.’”

Callista Gingrich is the president of both Gingrich Productions in Arlington, Va. and the charitable non-profit Gingrich Foundation, and is a former Congressional aide.

She is also a long-time member of the choir at the Basilica of the National Shrine of the Immaculate Conception in Washington, D.C.

Newt and Callista married in 2000, after having a six-year affair while Newt was married to his previous wife. Newt converted to Catholicism in 2009 and explained, in an interview that year with Deal Hudson at InsideCatholic.com, how Callista’s witness as a Catholic brought him towards the faith.

The couple worked on a documentary together that was released in 2010, “Nine Days That Changed the World,” that focused on Pope St. John Paul II’s 1979 pilgrimage to Poland when the former Soviet bloc country was under a communist government.

Pope Francis: The greatest joy for every believer is to respond to God’s call 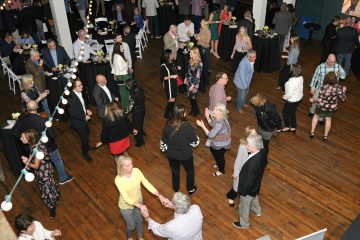