When a priest is ordained, his hands are anointed with oil. They are then wiped clean with a white linen cloth — it’s called a maniturgium.

There is a custom, hundreds of years old, in which each new priest presents that cloth to his mother. She’s usually buried with it. People say she can present that cloth when she arrives at the gates of heaven, to show the Lord that she had given her son to Christ and His Church as a priest.

After his ordination ceremony in 2017, Fr. Matthew Hood presented his maniturgium to his mother. It was a special moment.

But last Sunday, he took it back. He put it in the washing machine. It needed to be used again, at his second priestly ordination ceremony, which would take place the next day.

“Something I never thought I’d do, ever, was wash that cloth. That was so surreal, washing it, so that we could use it again,” Hood told CNA.

He said he had to tell his mom “gimme that back!”

Fr. Hood, 30, thought he’d been ordained a priest back in 2017. But this summer, he learned that his ordination wasn’t valid. That, in fact, his baptism wasn’t valid. It was a difficult discovery. But he told CNA that he sees God’s Providence in the strange events that have unfolded over his life.

In 1990, Matthew Hood and his twin brother were baptized at their family’s suburban Michigan parish by Deacon Mark Springer. Hood says a lot of babies were being baptized in the parish at that time; there were ten babies baptized alongside him, even. He grew up a Catholic, and eventually entered seminary.

But in the seminary, he started wondering about his baptism. “I always had a sense that for whatever reason, I don’t know why, that I needed to see the video to my baptism, because I remember my dad filmed it, but I never saw it.”

Every so often, Hood said, even after he was a priest, he’d wonder about his baptism. He just felt something — the Holy Spirit, he says now — prompting his curiosity. But he didn’t see the video until early this year.

“During quarantine, when everything was slower, my dad had time to go through old family videos and to digitize them. And he sent me my baptism video. And he sent it to be something that was encouraging and affirming.”

“I sent it to one of my professors, and to a few canon lawyers, and the Church didn’t speak definitively on it, so they thought maybe the Church would accommodate in some way those words. So we kind of left it there. It seems like that was a good resolution,” Hood said.

But in August, the Vatican issued a document explaining that the deacon’s formula, “We baptize you,” changes the meaning of baptism itself. Such a change makes baptism invalid, and anyone baptized with the formula would need to be baptized again.

Because he hadn’t been baptized, he said that also meant he wasn’t a validly ordained priest.

He had, he said, “the full range of emotions. I was really sad when I first found out. Devastated. Assuming that I was baptized my entire life and then realizing I wasn’t receiving at least the grace of the sacraments that entire time….it was disorienting.”

Hood thought immediately about others in the same situation, especially his twin brother, who had been invalidly baptized alongside him.

He thought also of those to whom he had been ministering — he thought as a priest — over the years since his ordination ceremony. Just a few months earlier, he had confirmed people coming into the Catholic Church — or he thought he had.

He took some time to pray for those people.

“Some people have asked, ‘Why didn’t you just delete the video?’” he said.

“That would be like if someone told you were willed a billion dollars, and there was only video evidence for it. You would never just delete the video. And the grace of the sacraments is infinitely more important than that.”

He wanted sacramental grace. For himself, and for others. So he called the archdiocese.

A plan was made. He would be baptized, confirmed, receive the Eucharist, go on retreat, and then he could be ordained a priest.

Hood had been living priestly life for three years. He’d seen the good, the bad, and the ugly. But he said he never considered not being ordained again, or, rather, for the first time.

“I felt the Lord renew within me joy about being able to say yes again. Because the ‘yes’ that I said previously wasn’t valid, right? But I think the Lord enabled me to be able to say ‘yes’ with joy and with great freedom,” he told CNA.

“And that was pretty instinctual. It was something that just came very naturally. Never did I say at any point ‘Wait, let’s pump the brakes,’ or ‘Should I be concerned about this?’ But I think that the Lord gave the grace of being able to say yes, again — well, and for the first time.”

In fact, Hood said that the Lord gave him a lot of clarity and comfort on that retreat.

“I went with a lot of questions and concerns,” he said.

“But here is a grace that I received: There is a lot that I can’t reconcile about what happened, but God is not a liar.”

“And what God has done has done in my life, leading up to this point, even though the response of the Church has limped in many ways, that God was true in all of that.”

“I could be confident that the grace that I had experienced in all of my life was the Lord acting.”

In fact, Hood said that he began to believe that God had made known to him his invalid baptism so that he and other people in the same situation might receive the power of sacramental grace.

“It has to be God’s Providence. In a very powerful way, God manifested His Providence. There’s so many factors that would have been impossible to put in place by our own actions. Like, that the baptism was filmed. Now everyone has a cell phone, back then it wasn’t as common.”

“The fact that I received a call to the priesthood in the midst of all this, and I was able to know what the correct words of baptism were. Because we assume that when we go to Church, that the priest or deacon does what’s correct.”

“The fact that I was able to know that, the fact that the Vatican came out with this document when it did, five months after [I saw the video]. And then just God’s Providence in the work of the Church in working to fix this situation.

Hood said because of what he learned, the Church could be sure that he and others received the sacramental grace they never began with.

“There’s like a full court press that the archdiocese is doing in reaching out to people,” the priest said, and he called that an “evangelization opportunity.”

Some of them, he said “have had no interaction with the Church, maybe, for a very long time and this is an opportunity to reach out and establish a relationship.”

The priest added that he knew God had worked in his life mysteriously, even without the actual grace of the sacraments.

“So much of what the Lord did my life was very fruitful, even when it wasn’t valid.”

Hood said he isn’t angry with Deacon Springer, but he thinks his situation offers an important lesson for his brother priests and deacons.

“I would just attribute it to poor formation,” he said. “For me it seems so obvious that you just do what the Church does, you know? ‘Say the black do the red.’ But I don’t know if that’s always been taught in seminaries.“

Still, he said, priests should remember their solemn responsibilities to the sacraments.

“Hopefully my case is evidence that the sacraments are not something we can mess around with, They’re something we receive from Christ.”

“It’s Christ who speaks. As ministers of the sacraments, we don’t speak our own voice, but it’s Christ who speaks through us. Our job is to get out of the way. And we do that by faithfully celebrating the rites that the Church has given us,” he added.

He was ordained a priest Aug. 17, in a quiet rite faithfully celebrated.

It felt very familiar, he said.

“There was a sense of a greater reception of the office in my ordination on Monday and I think that was a grace. A lot of it seems like deja vu, like I’ve been here before, but the fact that now we have certitude is a tremendous grace.”

“Thank God for the certitude that’s given to us by the Magisterium. And if there is any particular grace of now being a validly ordained priest, I think that’s the grace.”

The priest said he extended that grace to his parishioners, the day after his ordination.

His situation hadn’t been announced to the parish, no one knew all that had happened. They just knew he’d been out of the parish for a week or so.

He arrived to celebrate morning Mass — it would be his very first validly offered Mass. But he didn’t tell the parish that.

“I just showed up in the parish after being gone for a couple days, and I told the parishioner, without explaining why, that Holy Mother Church offers us the gift of a plenary indulgence for all those who have attended this Mass, as long as they meet the correct steps.”

The Church offers a plenary indulgence to Catholics who attend a priest’s first Mass, as long as they make an act of detachment from sin, go to confession, receive Holy Communion, and pray for the intentions of the pope.

Hood said after Mass, he “heard confessions for like an hour and a half,” presumably from parishioners seeking the grace of that indulgence.

As to the reason for the indulgence that day, Hood said, “nobody asked. But it was a gift that they were able to receive that grace.”

Invalid baptisms: A Catholic explainer about the facts and the fears 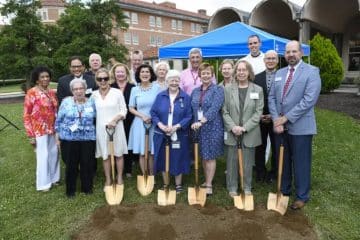