There will be no godfathers named in the Sicilian archdiocese of Catania for the next three years due to a decree issued by the archbishop that came into full effect this month.

Archbishop Salvatore Gristina of Catania has said that he decided to temporarily suspend the naming of godparents and Confirmation sponsors because the tradition had become a “social custom in which the dimension of faith is hardly visible.”

Catania is the Italian island of Sicily’s second-largest city, located on the base of the active volcano, Mount Etna. The city has a long Catholic history, tracing its first bishop back to the first-century St. Birillus, whom local tradition holds was ordained by St. Peter himself.

But the archbishop said that in today’s “socio-ecclesial context” in Catania, particularly with “the irregular family situation of so many people,” often those who were selected by families to be the godparents or Confirmation sponsors do not meet the canonical requirements for the role.

“The centuries-old tradition of the Church has it that the godfather or godmother accompany the person being baptized or confirmed, so that they can help him or her on the journey of faith,” Gristina wrote in the decree issued “ad experimentum e ad triennium” (for an experimental three-year period.)

Gristina said that what is more important than the presence of godparents at the baptism itself is that they fulfill their “true ecclesial function.”

According to Book IV of the Catholic Church’s Code of Canon Law, baptismal sponsors, or godparents, are required to be a fully initiated Catholic in good standing “who leads a life of faith in keeping with the function to be taken on.”

The role of a godparent is to help “the baptized person to lead a Christian life in keeping with baptism and to fulfill faithfully the obligations inherent in it.”

The law does not stipulate that godparents are required for the sacrament, only that “insofar as possible, a person to be baptized is to be given a sponsor.”

A Confirmation sponsor is also not absolutely required by canon law, but should be given “insofar as possible” to fulfill the role of taking care that “the confirmed person behaves as a true witness of Christ and faithfully fulfills the obligations inherent in this sacrament.”

The decree, which was first issued in March, came into full effect on Oct. 1 after an interim period from May 25 to Sept. 30 which allowed already scheduled baptisms with selected godparents — many postponed due to prior COVID-19 lockdown restrictions — to take place.

Gristina said that his decision to issue the decree was made in consultation with members of the diocesan presbyteral council, the majority of whom expressed a favorable opinion of the action in 2019.

Msgr. Salvatore Genchi, Catania’s vicar general, expressed hope in an interview with the Italian magazine Famiglia Cristiana that the three-year temporary suspension on baptismal sponsors would be an occasion of renewal in which Catholics come to a better understanding of the Church’s expectations of godparents.

“We hope that things will change, and whoever is about to become godfather or godmother will really do so because they intend to be a witness of a journey of faith,” Genchi said.

The godfather ban was featured in a New York Times article on Oct. 16, which said that Italian prosecutors have used baptisms as a metric to map out the influence of mafia bosses.

It cited a priest in Catania who said that in some instances “threats against the parish priest” had been made to pressure the cleric into allowing some “spiritually questionable characters” to be named as godfathers.

The Vatican created a working group earlier this year to study how best to separate criminal organizations like the mafia from Catholic traditions.

The eight-member group dedicated to study the “excommunication of the mafia” is an initiative of the Vatican’s Dicastery for the Promotion of Integral Human Development.

During a visit to southern Italy in September 2020, the Vatican Secretary of State Cardinal Pietro Parolin said that Marian devotion in particular must be safeguarded from mafia exploitation.

“Popular piety is a great treasure that the Church cannot do without precisely because it supports faith in all situations. But it also needs to be purified from some elements that are not appropriate, all the more so if they are underworld or criminal elements,” Parolin said at a Mass in Calabria, the region that is home to the ’Ndrangheta organized crime syndicate, one of the most powerful mafia groups in Italy.

“There is a lot of work to be done to which pastors dedicate themselves with great attention … We must be careful not to throw away the baby with the bathwater,” the cardinal said. 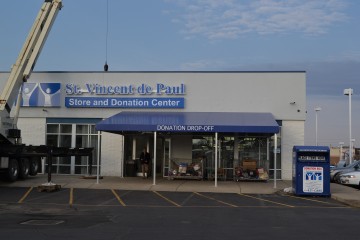