By Christine Rousselle Washington D.C., Feb 13, 2020 / 01:00 pm (CNA).- Disgraced former archbishop Theodore McCarrick’s coat of arms has been earased from the Cathedral of St. Matthew the Apostle in Washington, D.C.

The former cardinal was laicized in 2019 after being found guilty of numerous crimes, including the sexual abuse of minors and adults. McCarrick’s coat of arms had previously been displayed on the wall of the cathedral along with the other archbishops to have the capital see.

Following his laicization, McCarrick’s shield, which also displayed his name and the years in which he served as Archbishop of Washington, was first covered and then removed from the wall, creating a gap in the display of coats of arms.

The display has now been altered so that there is no gap between the arms of current Archbishop Wilton Gregory and the previous archbishops Cardinal Donald Wuerl and Cardinal James Hickey.

The new arrangement does not account for McCarrick’s years in Washington, with the six years between the tenures of Hickey and Wuerl unacknowledged.

Before his arrival in Washington, McCarrick served as the Archbishop of Newark from 1986 until 2000. A secretary for the Cathedral Basilica of the Sacred Heart in Newark was unable to confirm if the cathedral basilica had a display of former archbishops’ coats of arms, and, if so, if McCarrick’s coat of arms remained in place.

A spokesperson for the Archdiocese of Washington told CNA that Archbishop Wilton Gregory had personally taken the decision to remove McCarrick’s coat of arms from St. Matthew’s cathedral, rather than keep it covered or otherwise note his laicization.

“The decision to remove his coat of arms from the cathedral was made as part of our ongoing effort to help bring healing and peace to survivors of abuse,” said Paula Grant, secretary of communications for the Archdiocese of Washington.

“Archbishop Gregory made this decision upon his arrival to the Archdiocese of Washington,” said Grant.

Responses to the move were mixed among Washington Catholics, with some strongly in favor of the move and others more hesitant.

Nathan Lloyd told CNA outside of the cathedral that he agreed with Archbishop Gregory’s decision.

Lloyd said that he thinks removing the coat of arms is a “move of reconciliation” that will help the archdiocese move past what has happened.

“Not to totally forget [McCarrick], but to make a point that this is no longer what we are,” he said.

Others disagreed, and said the coat of arms should have either stayed or been altered to reflect McCarrick’s crimes and laicization.

Washington Catholic Grace Russo told CNA that the removal of the coat of arms might look “as if the Church is trying to erase an embarrassing and painful history.”

“I wish they had either left the space blank, flipped the seal upside-down, or come up with a similar solution,” Russo told CNA.

One Catholic from DC wishes that the northwestern corner of the cathedral had remained unchanged.

“They should have left it,” said Ryan Jackson. “It’s not that easy to erase sin.”

Pope Francis on St John Paul II: 'I learned from him'

Being Pro Life: The Need to Belong 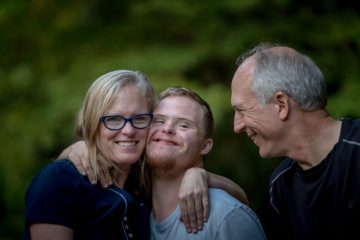