WASHINGTON —The North American Orthodox-Catholic Theological Consultation voted in early June to encourage the “lifting of the restrictions regarding the ordination of married men to the priesthood in the Eastern Catholic Churches of North America.”

A consultation statement released June 6 said the action would “affirm the ancient and legitimate Eastern Christian tradition and would assure the Orthodox that, in the event of the restoration of full communion between the two churches, the traditions of the Orthodox Church would not be questioned.”

The group also said it was convinced the action would “enhance the spiritual lives of Eastern Catholics and would encourage the restoration of unity between Catholic and Orthodox Christians.”

The consultation agreed on the statement at its 86th meeting, June 2-4, at the St. Methodios Faith and Heritage Center in Contoocook, New Hampshire. The meeting was hosted by Greek Orthodox Metropolitan Methodios of Boston and Indianapolis Archbishop Joseph W. Tobin.

In the late 19th and early 20th centuries, Eastern Catholic immigrants to North America from Eastern Europe and the Middle East brought with them the tradition of a married priesthood. The decree from what is now called the Congregation for Eastern Churches effectively limited future ordinations to celibates, and the issue resulted in divisions in Eastern Catholic communities and even in families.

The agreed statement cites two documents of the Second Vatican Council that call for Eastern Catholics to return to their authentic ancestral traditions and exhorts those men who have received both the sacraments of priestly ordination and marriage “to persevere in their holy vocation.”

During the June meeting, the consultation also continued its study of the relationship between the clergy and laity in the two churches. The members also examined the December 2013 statement by the Patriarchate of Moscow on primacy in the church and the response by the Ecumenical Patriarchate. The consultation also reviewed the recent meeting in Jerusalem between Pope Francis and Orthodox Ecumenical Patriarch Bartholomew of Constantinople.

Editor’s Note: The text of these agreed statements are available at HERE and HERE. 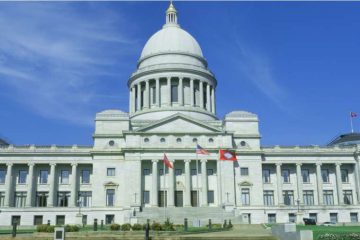