January 23, 2023 Catholic News Agency
Home»Features»Healing begins when we ‘Think about somebody else.’
Features/Home Page 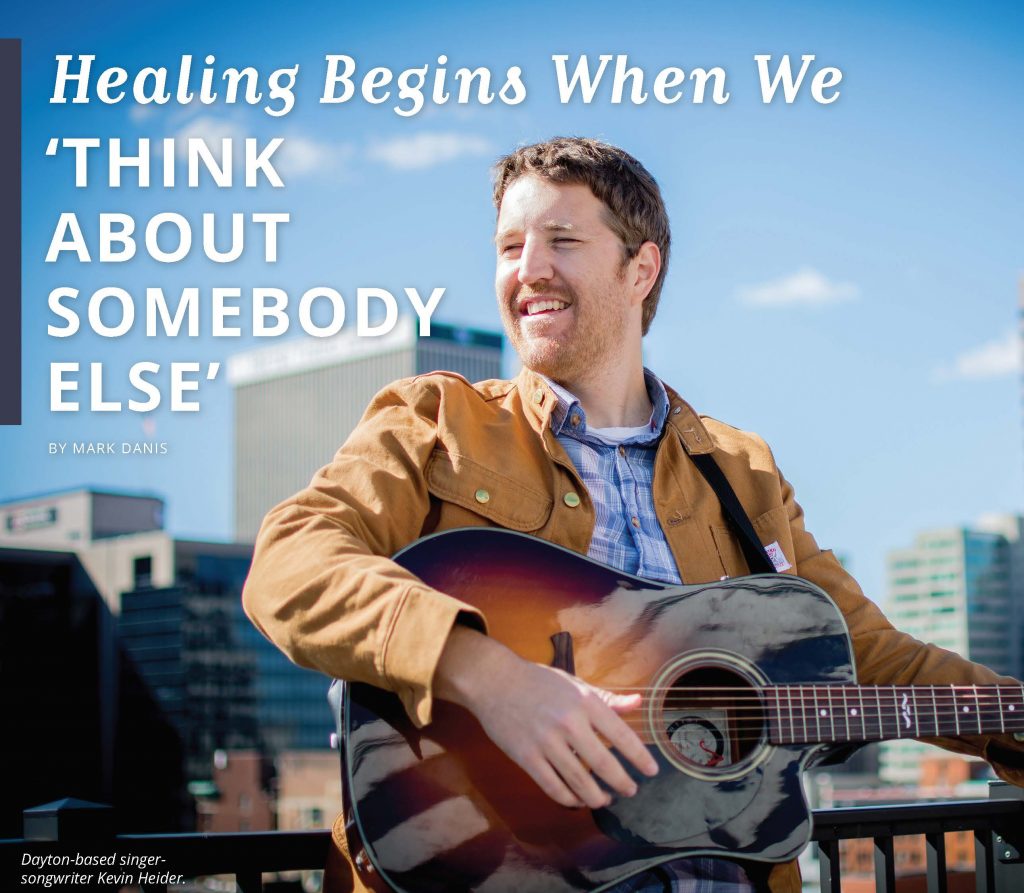 We experience and express progress in our spiritual lives when we develop an ever-increasing capacity to live for others. We develop that capacity by using the gifts God gives us to live a life of service.

“Like good stewards of the manifold grace of God, serve one another with whatever gift each of you has received.” (1 Peter 4:10)

Singer-songwriter Kevin Heider seeks to serve others through his gift of music. His latest album, Make an Honest Stand, reflects what weighs on his heart. The album expresses Heider’s concerns about the COVID-19 global pandemic and its contribution to the widening partisan division within the U.S.

“A new wave of anger, a sideways sort of justice,” Heider sings in “Think About Somebody Else.” It reveals Heider’s opinion that the virus and our uncivil descent into partisan politics is tearing at the very fabric of our society. He laments an abundance of “shoot from the hip, and fire at will,” communication, which, he said, leads to the dissolution of discourse.

Heider reacts to these destructive forces by drawing from his interior and artistic well, the place where the light of grace invades and offers hope. From here, he gives musical expression to the truth he believes dwells within him and within all of us – if we take the time to listen.

Though Heider does not categorize himself as a Christian musician, he acknowledges his view of the world is informed by his Catholic experience. He is a graduate of St. Charles School and Alter High School. He then earned a degree in theology from Franciscan University in Steubenville.

Heider’s musical roots are grounded in the poet-songwriters like Bob Dylan and Bruce Springsteen, along with narrative storytellers like Gordon Lightfoot, Dan Fogelberg and Simon and Garfunkel.

Today, his songwriting, music and performing are guided by the words of St. Pope John Paul II’s Letter to Artists, which emphasizes the importance of the artist’s vocation and its vital contribution to society. Those who perceive in themselves this kind of divine spark that is the artistic vocation – as poet, writer, sculptor, architect, musician, actor and so on – feel at the same time the obligation not to waste this talent, but to develop it in order to put it at the service of their neighbor and of humanity as a whole.

Heider says his new album, Make an Honest Stand, serves to extend an invitation. “I would describe it as the difference between giving a lecture and inviting someone to a conversation.” Heider encourages us to move to a place where dialogue is possible. He finds strong affirmation for this in the words of Pope Francis, specifically in his most recent encyclical, “Fratelli Tutti.” Heider said he received a copy of the document on Oct. 3, the day it was published, and he read it over that weekend. “It felt like the Pope was writing my experience of the past many months.”

Pope Francis writes about our need for solidarity among people, which he defines as “thinking and acting in terms of community.” The Pope explains, “the existence of each and every individual is deeply tied to that of others: life is not simply time that passes; life is a time for interactions.” These human interactions are now being interrupted by discord and civil division.

The remedy is for communities to begin to practice what Pope Francis calls “penitential memory,” defined as our ability to accept our past, with all its pain, conflict and regrets, while not allowing it to cloud our future. Heider champions this idea and his music intentionally speaks to the need for what he calls, “an examination of our collective conscience.”

In his song, “Don’t Let the Flag Touch the Ground,” Heider gives artistic expression to this call for solidarity. He appreciates Bishop Robert Barron’s encouragement to artists to lead with beauty, but Heider also wants his music to resonate with listeners and serve “as the seed for contemplation and a genuine invitation to dialogue.” 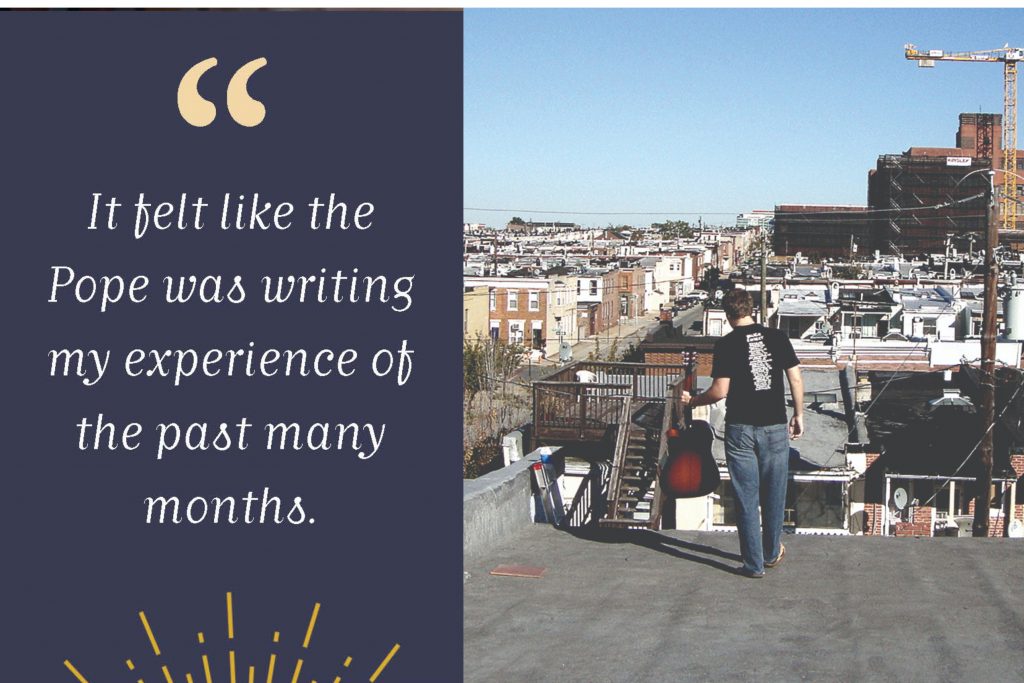 How these seminarians in New Orleans plan to celebrate Mardi Gras