Washington D.C., Jun 12, 2020 / 04:30 pm MT (CNA).- On Friday, the Trump administration finalized a new rule to protect doctors’ right to object to abortion and “gender reassignment” operations. The rule clarifies that bans on sex-based discrimination do not include gender identity or abortion.

The Department of Health and Human Services (HHS) said that its final rule eliminates portions of a 2016 regulation that had inappropriately expanded the definition of sex discrimination. The department said certain language in the 2016 rule “exceeded the scope of the authority delegated by Congress.”

“HHS will enforce Section 1557 by returning to the government’s interpretation of sex discrimination according to the plain meaning of the word ‘sex’ as male or female and as determined by biology,” the announcement said.

Section 1557 of the Affordable Care Act forbids federally funded healthcare programs from discrimination on the basis of sex. Under guidelines issued under President Barack Obama in May 2016, “sex” was defined as including “gender identity,” meaning that doctors who refuse to recognize sex-change operations as appropriate medical care could face prosecution for sex discrimination. The rules were also interpreted to include protections for abortion.

In May 2019, the Trump administration announced it was considering changing regulations related to section 1557, removing the expansive definition of “sex” and requiring that non-discrimination protections be interpreted in line with First Amendment freedoms.

At the time of the announcement, the USCCB pro-life committee, led by Archbishop Joseph F. Naumann of Kansas City, Kansas, issued a statement “applauding” the proposed changes and saying the bishops were “grateful” the administration was taking the “important step.”

“These modifications follow the legislative intent of the Affordable Care Act to ensure nondiscrimination on the basis of sex in health care,” the statement said.

“The proposed regulations would help restore the rights of health care providers – as well as insurers and employers – who decline to perform or cover abortions or ‘gender transition’ procedures due to ethical or professional objections. Catholic health care providers serve everyone who comes to them, regardless of characteristics or background. However, there are ethical considerations when it comes to procedures.”

Eight states and multiple healthcare providers challenged the Obama-era regulations in federal district court in the case Franciscan Alliance v Burwell, filed in December 2016. That case resulted in Judge Reed O’Connor issuing a nationwide preliminary injunction against the enforcement of the regulations, finding that the expanded definition of sex discrimination likely encroached on religious freedom. The federal government did not appeal the injunction.

The USCCB’s Office of the General Counsel submitted its own comments in August 2019, calling the Obama-era interpretation of section 1557 “erroneous” and arguing that it violated key civil liberty protections, including the Religious Freedom Restoration Act.

“Commendably—and appropriately, given the nationwide injunction and the government’s confession of error—the proposed regulations correct this earlier misinterpretation,” the general counsel wrote on behalf of the bishops.

“Preventing ‘discrimination on the basis of sex’ was intended to ensure that women are treated on a par with men,” she said in a statement.

“Changing the definition of sex to mean ‘gender identity’ and to include unfettered access to abortion would not have protected the vulnerable,” she said. Rather, it would have hindered doctors from declining to perform procedures they objected to for ethical or medical reasons, such as late-term abortions and operations on minors with gender dysphoria, she warned.

“Getting the government out of the business of social engineering, and out of the way of sound medical ethics and patient care is a step forward,” she said.

NH lawmaker says education choice is only for 'well-educated' parents

In trying times, how can Catholics stay hopeful? 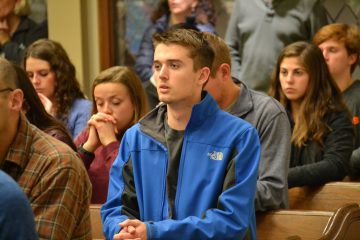