ARCHDIOCESE — In recent years, the church’s pastoral attention has been as focused on the East as it has on the West. Around the turn of this current century, the Vatican began gearing up for a new missionary push in Asia. While the Bible has fully or partially been translated into more than 2,300 languages, most of the nearly 1,000 languages left to be translated are in Africa and Asia, meaning that many still have never heard the “Good News.”

Cardinal Crescenzio Sepe, named in 2001 to head the Congregation for the Evangelization of Peoples, has made many major trips to Asia in the past eight years. At nearly every stop — from Mongolia to Thailand, from Sri Lanka to Hong Kong — he has preached a new missionary urgency, reflecting the Vatican’s conviction that this may be the moment for Christian evangelization on the world’s most populous continent.

The late Pope John Paul II and other Vatican officials suggested that after the first millennium of “implanting” Europe and the second millennium of missionary “discovery” in the New World, the church is poised for a “new Pentecost” in Asia.

Cardinal Sepe has said that was not just a slogan, but a well-founded hope.

“More than 60 percent of the world’s population lives in Asia. Of these 4 billion people, Catholics number … only 2.6 percent,” he said.

“Considering that most of these Catholics are concentrated in the Philippines and India, that means that in other Asian countries the Catholic presence is around 0.5 percent or less,” he said.

The Vatican has urged a more aggressive type of evangelization, one that uses dialogue with other religions to “open the way to awareness of Jesus Christ” as the unique savior.

The debate over the priority of proclaiming Christ came to a head in 2000 with the Vatican’s publication of Dominus Iesus, a document that said the church on every continent must clearly and forcefully announce Christ as the unique savior.

An Asian synod at the Vatican earlier that year heard a defense of dialogue, but also complaints about what Vatican officials considered the slow pace of missionary progress on the continent. The synod said in a final message: “All Christians have the duty to proclaim Christ.”

India has in many ways has become a focal point for the tension between dialogue and evangelization. Even as Indian states have proposed harsher laws against conversion, and as some Christian communities have come under physical attack, the Vatican has insisted that the church’s message of embracing the Gospel cannot be muted.

Under Pope Benedict XVI, the work of the Congregation for the Evangelization of Peoples remains much the same, with an emphasis on encouraging all Catholics to take up the call to evangelize. But under the new pope, the church’s missionary focus has shifted even more to the East.

In the end, the Vatican knows that evangelization is not something that can be imposed from the church’s center in Rome; it must flow from the lives of Asian Catholics.

As Cardinal Sepe put it, “Asia must evangelize Asia,” and the boom in global communications and cultural exchange favors the kind of cooperation needed among Asian church communities.

The ultimate evangelizing opportunity in Asia may be China. Cardinal Sepe said that China represents a “great potential,” not just because of its huge population but because the Chinese have historically shown an openness to Christianity.

Formidable obstacles in evangelizing Asia do exist, particularly in China, where diplomatic ties between China and the Vatican have been severed since 1951. With China, the church “needs to take it slow” and be clear with authorities about what its true mission is, he said.

In 2006 he observed that the numbers of lay Catholics working in mission lands “has exploded” during the past decade as laypeople fill the void left by an ever-dwindling number of people entering traditional missionary orders.

Laypeople and especially local catechists represent the church’s “most promising and effective force” in evangelization, he said, because they live the same day-to-day lives as the people they reach out to and are often more familiar with local customs and the native language.

Missionaries from the Archdiocese of Cincinnati serve throughout Asia: Jesuit Father Tony Grollig has long resided in India; Jesuit Father Robert Deiters in Japan. Jesuit Father James Donnelly, who died last summer, spent most of his life in Nepal.  Lay missioner Shannon Hughes is a relative newcomer to the Marshall Islands; Matt Meyers serves in Malawi. Franciscan Sister Martine Mayborg is in Papua New Guinea. Ahn Vu works in Vietnam. Franciscan Father Harold Geers and Father Kenneth Hendricks are in the Philippines, and Maryknoll Sister Molly Mertens has long served Taiwan. The important of their work and their sacrifice cannot be emphasized enough. 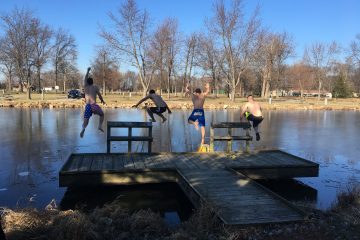