The Indiana supreme court on Friday dismissed a lawsuit against the Archdiocese of Indianapolis, filed by a former Catholic school teacher fired for contracting a same-sex civil marriage.

Luke Goodrich, VP and senior counsel at Becket, which represents the archdiocese, said that the dismissal of the lawsuit was a “major victory” for religious liberty.

“If the First Amendment means anything, it means the government can’t punish the Catholic Church for asking Catholic educators to support Catholic teaching,” he said.

According to Becket, the archdiocese for two years considered what action to take, before instructing both Cathedral and Brebeuf Jesuit Preparatory School, where Layton Payne-Elliott taught, that their employment could not continue. The civil marriage had violated Church teaching, the archdiocese said.

Brebeuf refused the archbishop’s request, and the archdiocese in response revoked the school’s “Catholic” status. That revocation is on hold, as the school appealed to the Vatican’s Congregation for Catholic Education.

Cathedral High School, however, terminated Joshua Payne-Elliott’s contract in June 2019. After reaching a settlement with the school, he filed a lawsuit against the archdiocese in August 2019.

The archdiocese has the right to uphold Church teaching in its standards for employee conduct, Goodrich said on Friday.

“Every Catholic school teacher in the Archdiocese signs an agreement to uphold the Church’s teachings in word and deed. The teacher here was dismissed after he entered a same-sex union in knowing violation of this agreement and of millennia of Catholic teaching,” Goodrich said on Twitter.

“It is important that courts consistently uphold the right of religious groups to operate by their religious principles. Choosing who teaches in a religious school is a religious decision. Today’s order ensures that those decisions will be made by churches, not governments,” Goodrich said.

Cathedral High School leaders said in a June 2019 letter that Indianapolis Archbishop Charles Thompson “made it clear” that the school’s “continued employment of a teacher in a public, same-sex marriage would result in our forfeiting our Catholic identity due to our employment of an individual living in contradiction to Catholic teaching on marriage.”

“Therefore, in order to remain a Catholic Holy Cross School, Cathedral must follow the direct guidance given to us by Archbishop Thompson and separate from the teacher,” said the letter, signed by Matt Cohoat, chairman of Cathedral High School’s board of directors, and Rob Bridges, the school’s president.

Archdiocesan policy states that Catholic schools must clearly state in their contracts and job descriptions that teachers must uphold and support the teachings of the Church in their lives.

In June 2019, the archdiocese said of teachers that “it is their duty and privilege to ensure that students receive instruction in Catholic doctrine and practice. To effectively bear witness to Christ, whether they teach religion or not, all ministers in their professional and private lives must convey and be supportive of Catholic Church teaching.”

Archbishop Thompson has emphasized that Payne-Elliott was not fired for having same-sex attraction, but for entering into a same-sex civil marriage. The matter, he said in 2019, “is about public witness of Church teaching on the dignity of marriage as one man and one woman. That is our Church teaching.”

“In this particular case we’re dealing with, those are ministers in our Church. Teachers, guidance counselors, other leaders, leaders of the schools and other leaders in the archdiocese are bound to live out these principles,” he said.

Rosario Livatino beatified in Sicily, honored as ‘martyr of justice and faith’ 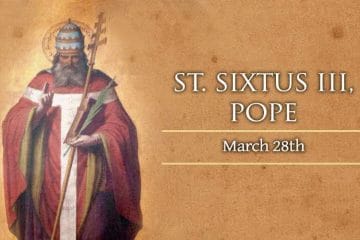