ARCHDIOCESE — A young mother has lost twin babies to serious illness because her village is separated from the nearest hospital by a checkpoint that is closed at night. A family has lost their freedom and land due to the wall that encloses their home. A man who has chosen the path of peaceful resistance is imprisoned for six months with no charges filed.

These are a few of the situations that Anna Baltzer, a Jewish-American activist for Palestinian human rights, has witnessed and documented during her travels to the West Bank. Baltzer, author of Witness in Palestine: A Jewish-American Woman in the Occupied Territories, shared her experiences on the conflict and nonviolent movement for peace in the Middle East during a presentation at Immaculate Heart of Mary Parish in Anderson Township April 8.

Proceeds from Baltzer’s talk will benefit the HOPE (Holy Land Christian Ecumenical Foundation Outreach to Palestinian Educators) Project by defraying the costs of a group of archdiocesan educators who will visit the Holy Land in July to partner with Palestinian teachers to encourage solidarity and peace.

The granddaughter of Holocaust refugees, Baltzer says, “Like many Americans and many Jews, I grew up with a positive view of Israel as a peace-seeking democracy. Israel symbolized to me the one protection against the persecution that had plagued families like mine throughout history. I saw the Jewish state as a tiny and victimized country that had simply wanted to live in peace, but couldn’t because of its aggressive, Jewish-hating Arab neighbors.”

A former Fulbright scholar and Columbia University graduate, Baltzer’s perspective changed when she traveled to the Turkey to teach English. During a backpacking trip through the Middle East, she met many Palestinian refugees who told of the past and present of Israel/Palestine, a version that was very different from what Baltzer had heard growing up. She learned of military attacks, houses being destroyed, of Palestinian land being confiscated, people being imprisoned without trial and the segregated system of roads and military checkpoints that limits access to basic services.

“My first reaction was disbelief,” admits Baltzer, ”so I set out to prove them wrong.” However, in visiting the region and seeing the situation with her own eyes, the young woman realized her call to inform her fellow Americans and others about what they can do bring about peace for all people in Israel/Palestine.

As a volunteer with the International Women’s Peace Service in the West Bank, Baltzer documented human rights abuses and worked with non-violent Palestinians and Israelis. She has since lectured at more than 400 universities, schools, churches and other venues.

Baltzer praised the efforts of aid organizations in the region, including Catholic Relief Services, noting, “they are part of what is helping to sustain the population. They wouldn’t have the food and water to make it through the day without aid.”

While such assistance is critical, Baltzer said, “What is needed is a lasting and sustainable solution, a pro-active way to change the system so the Palestinians can meet their basic needs. They’re very well-educated people. The problem is they can’t get to school or work, and that will continue as long as the occupation is in place. We have to aid in making sure they can function in their daily lives, but also need to work to eliminate the structures that prevent them from functioning normally. Ultimately, they don’t need money. They need freedom.”

Baltzer said many times people attend her presentations and feel helpless as to ways to assist the Palestinians, but noted there are tangible things they can do. She recommends joining the global movement for Boycott, Divestment and Sanctions (http://bdsmovement.net/) against Israel as a means of simultaneously educating others and taking action. Many churches of various denominations have taken the lead on this movement and, along with other organizations, are examining their investments to ensure they are not profiting off Christians in the Holy Land.

Regarding the potential for peace in the Middle East, Baltzer said, “I think change is coming. The current situation is so unsustainable — the military occupation and system of apartheid. What we’re seeing today is the growth of a big movement in the area — non-violent demonstrations and Israelis working alongside Palestinians. This and global solidarity will put more pressure on Israel than diplomatic measures ever will. In Israeli society a majority of the people is completely against the occupation.”

Baltzer’s position on the issue has resulted in the loss of some friendships and relationships with family members, but she said her mother, in particular, understands and supports her work and that she has found a “real community of Jewish Americans” who also share her passion for justice.

“We believe that what Israel is doing is fundamentally contrary to Judaism,” she said. “In Jewish tradition everyone is created equal and deserves justice. It’s really a privilege to be a Jew and to talk about this. Being Jewish has given me a voice.”

In gratitude for Baltzer’s efforts, HOPE teachers and others involved with the project presented her with a sterling silver bracelet engraved with the words “hope, dream and believe,” representing their shared dream for peace in the Middle East, belief in God and faith in each other that the dream will be achieved.

Baltzer said the project and the willingness of other lay groups to visit the region gives her hope. “There are so many misconceptions and even fear tied to the Palestinians. Seeing for yourself the situation on the ground and having personal interactions with the people dissolves that fear and opens everyone’s eyes to a future of peaceful coexistence.” 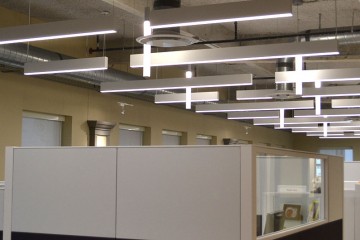