A Mass of Christian Burial for Joshua Pflum, a senior at Archbishop Moeller High School, was celebrated Sept. 16 at St. Columban Church in Loveland. Pflum, 17, died Sept. 10 after being struck by a car while skateboarding on Paxton Road near Loveland-Miamiville Road in Miami Township.

Police have stated that the driver, a fellow Moeller student, was not cited, and drugs, alcohol and excessive speed were not involved.

Pflum attended St. Columban School, and in addition to skateboarding, enjoyed video games, cheese pizza and hanging out with friends. He lost his mother, Jacqueline, to cancer last year.

“The family was already reeling from a horrible tragedy,” said Johanna Kremer, Moeller’s communications director. “I can’t emphasize enough the prayers that are needed for them now.”

The Moeller community came together for a Mass on Sept. 13 to remember Pflum. A second Mass was held Sept. 14 for the family and all those involved in the tragedy. Grief counseling has been made available to Moeller students, along with a bereavement support group through the school’s pastoral ministry department.

“As the Moeller family, we share our lives and are here for one another. Just as Mary was there for her Son and is here for us now, we take comfort in her love, as we keep the Pflums in our hearts and our prayers,” reads a statement from Bill Hunt, president of Moeller, and Blane Collison, principal.

Pflum is survived by his father, Stephen Sr., and brother, Stephen, a junior at Moeller. Interment was in Gate of Heaven Cemetery. 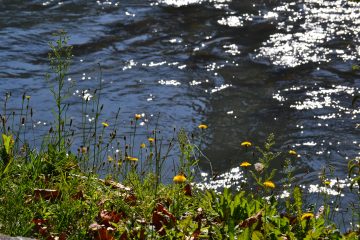