“Do you agree with Justice Kavanaugh that Roe v. Wade is settled as a precedent and will you, like Justice Barrett, commit to obey all the rules of stare decisis in cases related to the issue of abortion?” Feinstein wanted to know.

These are two terms the legal profession frequently uses: “precedent” refers to a court decision that is considered an authority when deciding similar, subsequent cases, while “stare decisis” is the doctrine that courts will adhere to precedent, according to Cornell Law School.

Both encourage the courts to consider and build upon past rulings when deciding newer cases so that they agree with, rather than contradict, each other.

“I do agree with both Justice Kavanaugh and Justice Barrett on this issue,” Jackson said. “Roe and Casey are the settled law of the Supreme Court concerning the right to terminate a woman’s pregnancy.”

Feinstein signaled her intent to ask Jackson about abortion on Monday. Her question comes as the Supreme Court prepares to issue a ruling this year in Dobbs v. Jackson Women’s Health Organization, a case out of Mississippi that directly challenges Roe v. Wade.

In Roe v. Wade, the court ruled that states could not ban abortion before viability — or before a baby can survive outside the womb. Nearly 20 years later, the court upheld Roe in Planned Parenthood v. Casey. The 1992 ruling said that while states could regulate pre-viability abortions, they could not enforce an “undue burden,” defined by the court as “a substantial obstacle in the path of a woman seeking an abortion of a nonviable fetus.”

Roe and Casey, Jackson said, “have established a framework that the court has reaffirmed and in order to revisit, as Justice Barrett said, the Supreme Court looks at various factors because stare decisis is a very important principle.”

Feinstein asked a follow-up: “Does Roe v. Wade have the status of being a case that is a super precedent and what other Supreme Court cases do you believe have that status?”

“Roe and Casey, as you say, have been reaffirmed by the court and have been relied upon,” she said. “And reliance is one of the factors that the court considers when it seeks to revisit, or when it’s asked to revisit, a precedent.”

In a later exchange with Senator Ben Sasse, a Republican of Nebraska, Jackson said, “after Casey, the court has determined not so much that the right to terminate a woman’s pregnancy is fundamental; the right exists and it’s subject to the framework in Casey that allows for regulation so long as there is not an undue burden on the exercise of the right, pre-viability.”

Pro-life leaders have expressed concern with Jackson’s past in regards to abortion. In addition to having the support of abortion groups for her nomination, Jackson co-authored an amicus brief in 2001 in support of a Massachusetts law that created a “buffer zone” preventing pro-life sidewalk counselors from approaching women outside of abortion clinics, according to Susan B. Anthony List. Jackson’s past clients include pro-choice groups such as NARAL and the Abortion Access Project of Massachusetts.

In a letter dated March 21, a coalition of nearly 40 national and state pro-life leaders led by SBA List expressed concerns about Jackson’s record on abortion to the chairs of the Senate Judiciary Committee.

“Ketanji Brown Jackson’s record of hostility to pro-life Americans is radically out of step with the majority of the country,” Marjorie Dannenfelser, the president of SBA List said in the accompanying press release. “Her nomination fulfills Joe Biden’s promise to only appoint justices who support the Roe v. Wade regime and his party’s broader agenda of abortion on demand up to birth, without limits of any kind.”

“We urge senators to stand with unborn children and their mothers and reject this nominee,” she said.

Other Catholic and pro-life leaders have added that Jackson clerked for Breyer at the Supreme Court when he issued an opinion in Stenberg v. Carhart, which struck down a Nebraska law banning “partial-birth” abortion in 2000.

In a statement following the first day of confirmation hearings, Lila Rose, founder and president of pro-life group Live Action, commented that “there is no right to abortion in the Constitution.”

“On the contrary, there IS a right to equal treatment under the law for ALL,” she said. “Understanding that should be the absolute minimum bar for a prospective Justice on our nation’s highest Court.”

Joe Bukuras contributed to this report. 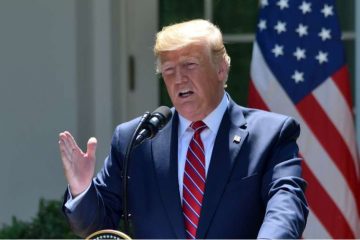