February 2 – Presentation of the Lord

Archbishop Alter High School’s marching band, the Marching Knights, won the title of Bands of America Grand National Class A Champions on Nov. 12, at the Lucas Oil Stadium in Indianapolis, IN. Their winning performance was titled “Overjoyed,” based on Stevie Wonder’s music.

“We treated the performance like a concert,” said Todd Tucker, the Marching Knights’ band director. “We wanted it to have that kind of feel. Instead of your normal marching band show, we wanted it to be a little bit more engaging with the audience. That tends to work with smaller bands.”

Some students warmed up the audience before the performance to get them excited. “We decided to make it as interactive as possible,” said Tucker. “We encouraged people at the beginning to … clap, stand up, dance, sing along …. We wanted them to be invested in the performance like we were.”

Bands of America annually hosts the Grand National Championships, with each band competing in a division based on its school’s size. The Marching Knights are six-time Bands of America Grand National Semi Finalists and earned their ninth Mid-States Band Association Championship during this season. They also received awards for Outstanding Music Performance and Outstanding General Effect.

“Those were two awards that, at a national level, we had never won,” said Tucker. “So, it was icing on the cake for sure. To be in those top couple of bands at the end of the season is an honor in itself, and when we get recognized for being ‘outstanding’ at particular things … we were super thrilled.”

The Marching Knights’ success has been a call for celebration for all of Alter and its community.

“The school response has been pretty incredible,” said Tucker. “Our principal drove over to see our final performance and to be able to hang medals around the kids’ necks. The community support has been astounding. People have been so wonderful about reaching out. It’s super thrilling for [the kids]. They put in all the really, really hard work, and for them to be recognized at the absolute highest level is like the ultimate achievement for them. There’s lots of smiles around here, that’s for sure.”

Having worked with Alter High School for 16 years, Tucker experienced the same excitement as his students. “For me, as the director, it really is kind of overwhelming in the best of ways,” said Tucker. “I’ve just been trying to take it day by day and enjoy the nice notes and emails. It is certainly, of my accomplishments with the band, the highest that I’ve had and certainly the highest that our group here has had. We’re just really thrilled and trying to stay humble and grounded. We [want to] make sure we enjoy this accomplishment.”

Even though the band season just ended, Alter has already begun planning for next year.

“Coming off a year where you win a national championship, it does feel like there could be some pressure,” said Tucker. “We had some really good conversations about how we wanted to proceed. In that process, we discovered that we found a pretty good identity with the kind of music we play and the kind of show that we put forth to audiences. So, we’re just [going to] stay the course and be who we are.”

This article appeared in the January 2023 edition of The Catholic Telegraph Magazine. For your complimentary subscription, click here. 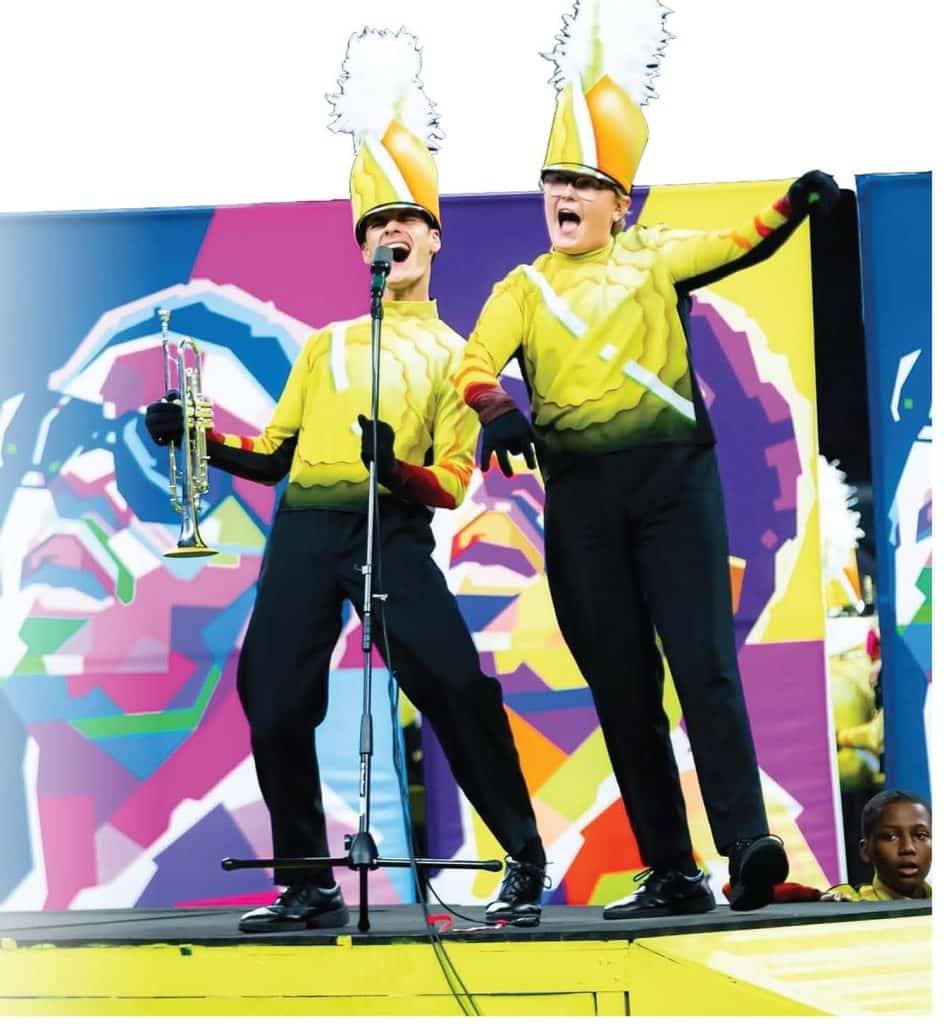 A New Charisma for the New Year