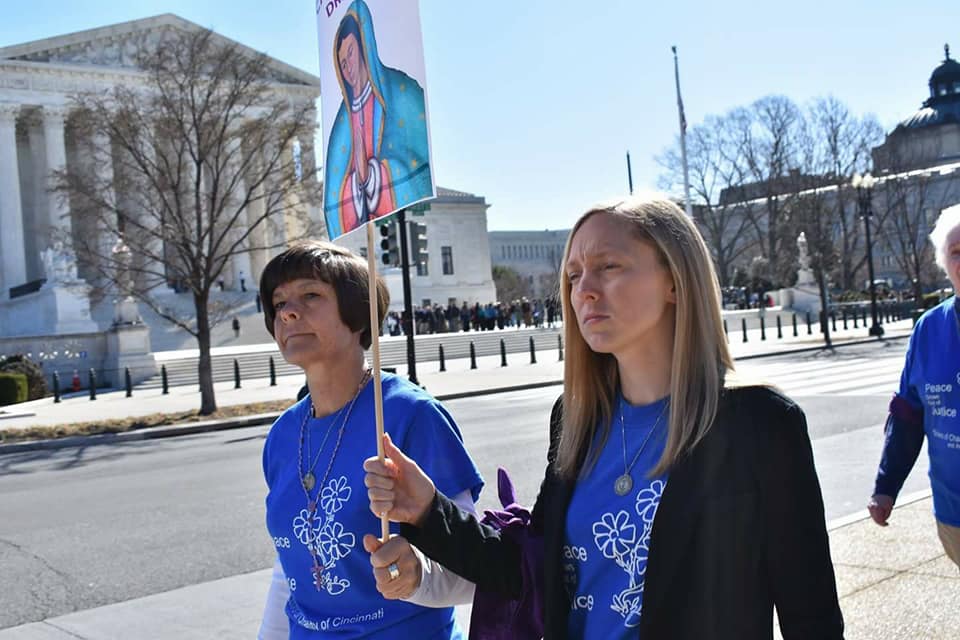 Their respective ministries have brought the immigration issue to the forefront for Sisters of Charity Tracy Kemme and Andrea Koverman, along with making it a very personal one. Sister Tracy has lived and worked at the El Paso-Juarez border volunteering at a shelter for migrants, been a member of the archdiocesan Immigration Task Force, and currently serves as bilingual pastoral ministry at Holy Family Parish in Price Hill. Sister Andrea Koverman spent 20-plus years teaching in South Carolina’s migrant communities and now ministers at the Intercommunity Justice and Peace Center (IJPC).

The two sisters were among more than 200 other women religious, priests and lay people who gathered at the U.S. Capitol for the Catholic Action Day for Dreamers Feb. 27 with the goal of persuading lawmakers to protect undocumented immigrants, Dreamers, who were brought to this country as children. Sister of Charity Jean Miller and Associate Deb Rose Milavec also made the trip.

After the Senate failed Feb. 15 to garner the 60 votes needed to move a bill forward to protect the “Dreamers,” officials of the U.S. Conference of Catholic Bishops announced a “National Catholic Call-In Day to Protect Dreamers” Feb. 26.

“We are deeply disappointed that the Senate was not able to come together in a bipartisan manner to secure legislative protection for the Dreamers,” the USCCB officials said in a joint statement Feb. 19.

“We really wanted to raise awareness and get the attention of Catholic legislators, to let them know that this is important to our country morally,” Sister Tracy explained. “It was our hope that this large, collaborative effort among Catholic faith leaders would prick the consciences of our legislators and people across the country.”

“I’ve spent more than decade in ministry at various stages of the migrant journey, and have seen how our complicated, broken system causes people to suffer,” she explained. “These are deeply faithful, hardworking people. I worship with them at Mass on Sunday. We are one family, and from the mouth of Jesus are called to love one another. As members of my family, I’m going to stand for them.”

“For me, it was an opportunity to stand up publicly and say what so many of us have been saying: that this isn’t about a wall, it’s not about border patrols,” Sister Andrea said. “It’s about young people who were promised protection, and we need to stand behind our word as a nation and as a people of faith. We need to stand with them and treat them justly.”

Armed with the prayers and support of their religious community, Sisters Tracy and Andrea were among the dozens of protestors who chose to engage in a planned act of civil disobedience in the rotunda of the Russell Senate Office Building as they called on lawmakers to help young undocumented adults obtain some sort of permanent legal status.

“We prayed and we sang “Amazing Grace’ as the arrests began,” Sister Tracy said. “We had prayed and discerned in preparation. I felt just so centered in the moment, thinking of the people that we were there for and holding them in in my heart, and thinking of the outpouring of support from our community. It was the most profound experience of living the Gospel I’ve ever had. I was reminded of Jesus’ presence in every immigrant I was standing for and with. As a Catholic and a sister, it was a really important moment of responding to God’s call.”

“I had no sense of fear, just that we were standing on the right side of justice,” added Sister Andrea. “As nuns, we take a vow of obedience and our obedience is to a higher power. I felt like we were following God’s command to us to love one another, to stand up for one another.”

Bishop John Stowe of Lexington, Ky., extended his hands in the air and said: “We stand with the Dreamers, we are one with the Dreamers. And now I ask God’s blessing upon those who are acting in civil disobedience, part of a long-standing tradition of not supporting unjust laws.” The bishop was not among those arrested. He and the others who did not engage in civil disobedience fell back from the center of the rotunda as the arrests began.
Those being arrested were asked to put their hands behind their backs. Police placed plastic handcuffs around their wrists and the protesters were led away, some in prayer, some singing. They were charged with disorderly conduct, crowding, incommoding and obstruction. The 40 or so who were arrested paid a $50 fine, and all were released by late afternoon.
With the March 5 deadline looming for Congress to find a permanent legislative solution to help the Dreamers, Sister Tracy urges local Catholics to continue to call their legislators: “We are urging people to call in solidarity with our action. Call your senators at 1-888-410-0619; call twice to reach both your senators. Call your representatives at 1-888-496-3502. Continue to call these numbers every day until March 5.”

“Our actions mean nothing unless people to continue to rally, continue to call members of congress and hold them accountable, especially our legislators of faith,” she said. 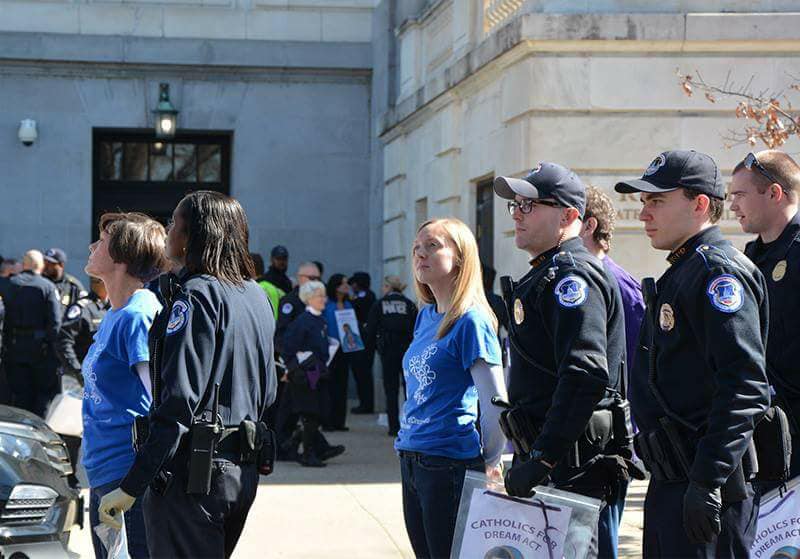 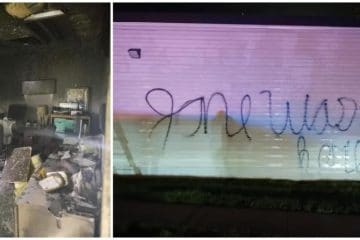