At least one Catholic church in New Orleans has opened its doors to serve as an emergency shelter amid widespread power outages and flooding caused by Hurricane Ida.

St. Francis Xavier Church in Metairie, adjoining New Orleans to the west, opened its doors to serve as an emergency overnight shelter for 34 residents of the seven-story Metairie Towers apartment building across the street, the Clarion-Herald reported.

Archbishop Jose Gomez of Los Angeles, president of the U.S. bishops’ conference, urged prayers this week for those affected by the disaster.

“I call on people of good will to join me in praying for the safety, well-being, and protection of everyone in these impacted areas. We also pray in a special way for the first responders, health care workers, and emergency personnel who bring relief, comfort, and healing,” Archbishop Gomez wrote.

Catholic Charities USA has said it will direct 100 percent of the funds raised through texts of “HurrIda” to 41444 to its agencies with residents impacted by Hurricane Ida.

Mayor LaToya Cantrell imposed an 8pm to 6am curfew on New Orleans last night, amid widespread power outages. Several deaths have been reported, including that of a man who was attacked by an alligator while walking through floodwaters.

Ida, a category 4 storm with maximum sustained winds of 150 mph, made landfall in Southeast Louisiana on Sunday exactly sixteen years after Hurricane Katrina.

Amid the damage, the Archdiocese of New Orleans announced Aug. 30 that all schools and archdiocesan main administrative offices would remain closed until at least Sept. 6. In the nearby Diocese of Houma-Thibodaux, all Catholic schools will remain closed “until further notice.”

Ordination profiles: 3 will be ordained outside archdiocese 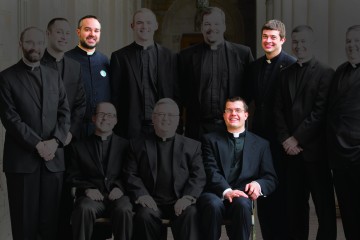