MacKenzie Scott, an early Amazon leader and ex-wife of company founder Jeff Bezos, has given $275 million to Planned Parenthood, the United States’ largest abortion provider, including grants to 21 regional affiliates. Still more money from one of the world’s richest women will go to a Hispanic pro-abortion rights group.

Backers of the right to life of the unborn child have long criticized the abortion provider, which performed 354,871 abortions from October 2018 to September 2019, according to Planned Parenthood’s 2019-2020 annual report. The organization also conducts controversial forms of sex education and is increasingly involved in advocating purported gender transition drugs and therapies.

McGill Johnson’s statement said that, for backers of abortion, the present moment “requires us to be innovative and to double down on our efforts to ensure everyone has equitable access to health care, including abortion.”

The money from Scott, she said, will “support our efforts to advance health equity by eliminating racial and structural barriers for our patients in the communities where Planned Parenthood works.” McGill Johnson said Black women “will be most hurt by the loss of abortion access in the South and Midwest.”

The $275 million figure is the largest ever donation to Planned Parenthood. The announcements of Scott’s gifts did not always go into detail, but some Planned Parenthood affiliates reported gifts ranging in size from $9 to $20 million.

In a March 23 essay posted to Medium, Scott listed the Planned Parenthood grants but did not explain them specifically. She said her grantmaking team has always aimed “to support the needs of underrepresented people from groups of all kinds.”

“When our giving team focuses on any system in which people are struggling, we don’t assume that we, or any other single group, can know how to fix it,” she said. “We don’t advocate for particular policies or reforms. Instead, we seek a portfolio of organizations that supports the ability of all people to participate in solutions. This means a focus on the needs of those whose voices have been underrepresented.”

Planned Parenthood’s previous president, Dr. Leana Wen, M.D., stepped down in July 2019 after eight months in her role. She cited disagreements with board leaders over whether Planned Parenthood should be a health care organization, as she preferred, or an abortion advocacy organization.

Another former Planned Parenthood president, Cecile Richards, for years had a role on the board of the Ford Foundation, another giant of philanthropic giving that dedicates millions of dollars each year to pro-abortion rights causes.

Scott, the former wife of Amazon founder Jeff Bezos, was an early leader at the company. When and Bezos divorced in 2019, she received a stake in the company worth about $38 billion at the time, the newspaper The Scotsman reports. The value of Scott’s share in the company rose to $66.4 billion when Amazon became a dominant provider of goods and services during the coronavirus pandemic. According to financial news site Bloomberg’s analysis, she was at that point the richest woman in the world.

As of Wednesday, Forbes Magazine reported that she was worth about $49 billion.

Scott’s recent round of giving resulted in $15 million to the Guttmacher Institute, an abortion policy think tank that originated under the Planned Parenthood Federation of America. It retained official affiliation through 2007. A $25 million grant went to the Collaborative for Gender and Reproductive Equity, a coalition of groups which focuses pro-abortion rights funding on local organizing, advocacy through the judicial system, and alliance building.

Other grantees included the Atlanta-based SisterSong, which describes itself as “the largest national multi-ethnic Reproductive Justice collective.” It advocates building the capacity of advocates “to win access to abortion and all other reproductive rights.”

The National Latina Institute for Reproductive Justice was yet another pro-abortion rights group that received money from Scott.

Its work includes organizing activism and policy advocacy. It also conducts opinion research among Latina communities on topics like abortion. Its website said, “we use this research to shift narratives about our community and hold those in power accountable to our needs.” It is active in Florida, New York, Texas, and Virginia, with an office in Washington, D.C.

The Latina group has co-hosted some events with Catholics for Choice, a group whose claim to be Catholic has been repeatedly rejected by the U.S. bishops. The Latina group’s 21,000-follower Twitter account re-tweets Catholics for Choice posts, including photographs of the group’s projection of pro-abortion rights phrases on the National Basilica during the Mass for Life.

In 2011, The National Latina Institute for Reproductive Justice had total contributions of $1.8 million, according to tax forms. This figure would increase over the years, peaking at nearly $10 million in 2017, then declining to $3.7 million in 2018.

One former board chair, Gloria Montaño Greene, now works in the Biden administration as Deputy Under Secretary for Farm Production and Conservation at the U.S. Department of Agriculture. Yvonne Gutierrez, who chaired the group’s board from 2017 to 2019, is a former executive with Planned Parenthood South Texas, Planned Parenthood Gulf Coast, and Planned Parenthood Texas Votes. She is now managing director of the Latino Victory Project.

Scott has given away billions of dollars to other efforts. Her latest round of grantmaking included $436 million for Habitat for Humanity and $281 million for Boys & Girls Clubs of America.

Another grant announced that month went to Faith in Public Life, a multi-religious advocacy group which combines a vision of progressive politics with opposition to several public Catholic efforts. It has criticized Catholic bishops’ debate on the Eucharist and Catholic public figures. The group has also advocated against strong religious freedom protections for Catholic adoption agencies and the Little Sisters of the Poor, who are fighting pro-LGBT and pro-contraception government mandates. 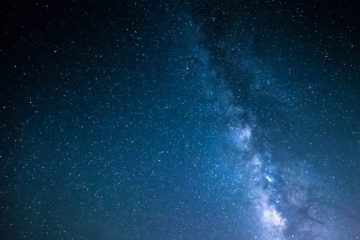