Matthew Geerlings will be Director of Music for Cathedral and Archdiocese

Father Jan Kevin Schmidt, rector of St. Peter in Chains Cathedral and archdiocesan director of Pastoral Life and Evangelization, has named Matthew Geerlings as the new director of music for the cathedral and for the Archdiocese of Cincinnati. Geerlings replaces Anthony DiCello who recently announced his retirement after more than 40 years of service in the archdiocese. Geerlings’ appointment is effective July 20, 2020.

Matthew Geerlings has served as the Director of Music for the Cathedral of the Epiphany, Sioux City, Iowa, since 2000. He earned a Bachelor of Music degree from the University of Memphis and a Master of Church Music degree from the University of Kansas. In 2006 he managed the commissioning, design and installation of a new pipe organ for the Cathedral of the Epiphany built by Wech Orgelbau of Buchloe, Bavaria. In 2017 the cathedral choir was invited to sing for the final mass of the Extraordinary Jubilee Year of Mercy at St. Peter’s Basilica in Vatican City. His work at the cathedral in Sioux City included directing choirs for the multi-lingual cathedral parish, as well as serving as the diocesan choir director and organist for all major diocesan liturgies.

“One of my first thoughts when becoming rector of the cathedral was that I hoped I wouldn’t have to fill Tony DiCello’s shoes as our music director, believing that would be next to impossible. In Matthew Geerlings, with his vast cathedral experience in Sioux City, I believe we have found that person who can at least try the shoes on for size! With Matt’s talent, expertise and experience, I have great expectations for the Cathedral music program,” said Fr. Schmidt.

“I look forward to Matthew’s leadership among the music ministers in our archdiocese. His experience in leading parish musicians, especially those of diverse communities, is important for the Church of Cincinnati,” said Jeremy Helmes, director of the archdiocesan Office for Divine Worship and Sacraments and member of the search committee.

“I’m honored to have the opportunity to serve the faithful people of the Cathedral of St. Peter in Chains and the Archdiocese of Cincinnati,” said Geerlings. “My family and I are looking forward to making new friends in the Cincinnati region.” 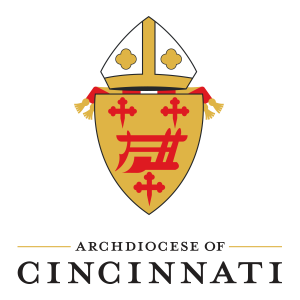 Matthew Geerlings will be Director of Music for Cathedral and Archdiocese