Washington, D.C. Newsroom, Nov 17, 2020 / 04:00 am MT (CNA).- U.S. bishops called for prayer, fasting, and reform during a virtual discussion Monday on the Vatican’s McCarrick Report, which was published last week. The discussion came amid the opening day of a virtual fall meeting of the U.S. bishops’ conference.

The bishops also expressed their appreciation to Pope Francis for commissioning the report, and praised the courage of victims in coming forward to speak about their experiences as they took the floor virtually during the Fall General Assembly of the United States Conference of Catholic Bishops to discuss the report.

“I would just like to reiterate something I said in the earlier session,” Archbishop William Lori of Baltimore said during the discussion. “Namely, the importance of each of us bishops committing ourselves to spending an hour a day in prayer and reparation before the Blessed Sacrament and also committing ourselves to some form of fasting or penance during the course of each week.”

“I say this because it is in those moments of prayer that the problems described in the McCarrick Report cease to be merely structural problems, cease to be a kind of a problem that is ‘out there’ to be solved by other people, but rather it is where we begin to take some personal responsibility for what has happened in the life of the Church,” he continued.

“It is also in that moment of gazing lovingly into the heart of Jesus that we develop the heart that understands, a heart that sees into the life and the experience of victims both those of minors and vulnerable adults,” Lori said.

After the report’s long-awaited release on Tuesday, Nov. 10, the USCCB announced that the schedule of the two-day General Assembly had been altered to allow the bishops to discuss the McCarrick Report.

The report found that while allegations of misconduct by McCarrick were known at various stages of his rise through the Church’s hierarchy, at the time decisions were made to promote McCarrick, the claims lacked supporting evidence.

USCCB president Archbishop Jose Gomez of Los Angeles opened the discussion after having already expressed his own “deep sorrow” at the report’s contents during his opening speech earlier in the afternoon.

“There is no doubt about the failures of the past,” Gomez said, and “it will take time to process the many lessons found in the hundreds of pages” of the report.

“We may not be able to answer every question at this meeting. We will not be able to heal every wound. But may God grant us the strength to keep trying.”

In addition to Gomez, 14 bishops, archbishops and cardinals addressed the conference on the McCarrick scandal, most expressing their personal gratitude to Pope Francis for the report’s release, and for the steps taken since 2018 to improve accountability among bishops.

Bishop Michael Olson of Fort Worth called for financial transparency, noting that McCarrick’s financial misconduct had not yet been fully accounted for.

The bishop said that McCarrick “gave money to clerics and organizations that were not named in the report.”

“For us to offer warrant of our commitment to conversion, that is called for by this report, by the faithful, that the system won’t permit this to happen again, and those of us operating within the system, those organizations and clerics should be named as they were named in the report about Bishop Bransfield,” Olson said.

“We have to give an accounting to the faithful of this, we have to respond to their questions, and this is one of several issues that they are asking. I hope we can discuss this during this session and beyond.”

Olson also paid special tribute to McCarrick’s victims, singling out James Grein, whose accusations in the summer of 2018 were some of the first to be reported publicly.

“It’s curious to wonder what McCarrick would be doing today had [Grein not had the courage to] come forward,” Olson observed.

Other bishops intervened to call for credit to be given to the reforms led by Pope Francis since the McCarrick allegations came to light in 2018.

Cardinal Joseph Tobin of Newark said that the bishops needed to speak more about the reforming measures taken by the Church since McCarrick’s disgrace two years ago.

“I think this is important,” Tobin said, “because they don’t seem to have widespread publicity and I think it is worthwhile because we have invested a lot in these measures.”

“I am referring of course to the international conference on clerical sex abuse with an emphasis on episcopal responsibility.”

“Pope Francis convened bishops from all over the world,” Tobin said, “but more importantly he had victims and victims’ advocates to address the assembly in the synod hall,” Tobin said, and reiterated that this conference led directly to the pope’s motu proprio Vos estis lux mundi, which came into effect in June 2019.

“We have a long way to go, but I think it would be ungrateful – probably irresponsible – not to recognize what has been done.”

Cardinal Blase Cupich of Chicago said that “I think that the Holy Father has taken historic action, not only – of course – with the summit [in 2019] and legislative efforts on his part but now with the commissioning and the mandating of the release of this important document.”

“It really is unprecedented and I think we should go on record as a conference to second the fine statement of our president [Archbishop Jose Gomez] commending the Holy Father for this,” Cupich said.

“I think it really has been a watershed moment, and something we should continue to study and read,” said Cupich, “but let’s be honest about this: the report mandated by the Holy Father was historic and so were his initiatives.”

The cardinal also used his remarks at the conference to offer a criticism of other bishops, for perceived insufficient gratitude or loyalty to the pope.

“We have structures in place now to move forward and we should pay attention to that,” Cupich said, but warned that the bishops should move forward “in a way that’s in unity and respecting collegiality with [the pope].”

“We have to make sure that we never again have a situation where anyone from our conference is taking sides in this with the Holy Father, or challenging him or even being with those who are calling for his resignation.”

“That kind of thing really has to cease,” Cupich said. “The Holy Father has pointed the way in which we take up this initiative together in a collegial manner.”

Auxiliary Bishop Eduardo Nevares of Phoenix raised the need to prevent priests from becoming isolated, which can lead to a spiraling problem of sinful behavior.

“One thing that I have not heard during today’s discussion is the need that the bishops have to support and encourage and to visit with, and to talk to their priests,” Nevares said. “So many times the priests are alone in the parish – many times they feel neglected, feel unappreciated, they feel ignored.”

“I think it is very much the need for the bishop to understand that taking care of his priests is his very first priority and if the bishop does not take care of the priest, then who will? And perhaps loneliness, perhaps isolation are reasons that priests fall into a lot of trouble – especially pornography or sexual sins.” 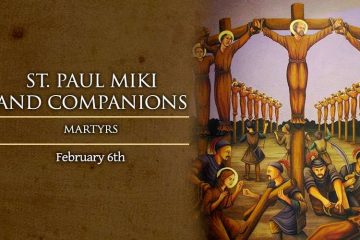