DAYTON DEANERY — Michael Elliott’s journey to medical school is about to a take yearlong, hands-on detour into the slums of Buenos Aires, the largest city and capital of Argentina.

Elliott, who is planning on starting medical school at Wright State University next year, left this week to spend a year serving with the Marianist International Volunteers in Argentina. He will live in a Marianist community and assist the physicians and counselors in a clinic serving the poor.

The Vandalia resident and St. Christopher parishioner recently graduated from the University of Dayton with a bachelor’s degree in pre-medicine. He has been accepted to medical school, but will defer it for a year in order to do service in Argentina.

“I think I’ll return to medical school with more experience to work with patients from different cultures or backgrounds,” he said. “I’d also like to work in public health.”

Volunteers in the Marianist program work in parishes, schools and non-governmental organizations in the areas of catechism, liturgy, evangelization, community leadership, urban or rural development, education, health, case work and mediation. All programs include Marianist support people and exist in countries in Central and South America, Bangladesh, India, Albania, Togo, Kenya, Mexico and the United States.

With a strong desire for service, Elliott spent about two months last summer in Xela, Guatemala, helping in a clinic there. He originally went to the country as part of a Spanish immersion program to improve his language skills.

“It was a program set up to connect us with language schools,” he said. “I took it upon myself to find a health clinic in which to volunteer.”

At the clinic he registered patients, took basic information, and helped fill and

“I think my experience there reaffirmed my decision to go to medical school and do a year’s service,” he said. “I really saw the immediate impact and tangible results of the practitioners there.”

He saw the positive difference they were making.

Serving in Argentina will help further develop his character and passion for service, said his mother, Katie Elliott.

“I think he will [experience] a lot of challenging situations, probably some hardships, but it’s the kinds of experiences that will really help him grow,” she said. “I think it will help him a lot down the road.”

The idea of serving others through a medical career isn’t lost on Elliott; his brother is doing the same thing. Patrick Elliott, also a University of Dayton graduate, spent a year serving with the Marianists in Peru before starting medical school at Case Western University. He is now a fourth-year medical student at Case Western Reserve.

Katie Elliott said her sons view medical careers as a means of service, not lifestyle.

“They’re setting goals for themselves and they’re not easy goals,” she said. “I think what I hear from Patrick as well is that when looking at going into medicine it’s not about what money they can possibly make, it’s about their ability to serve.”

She said the Marianists have influenced her sons, who have embraced the University of Dayton mission to learn, lead and serve.

“They were really challenged to bring those words to a realization,” she said. “It’s really good to see them focused outside of themselves.” 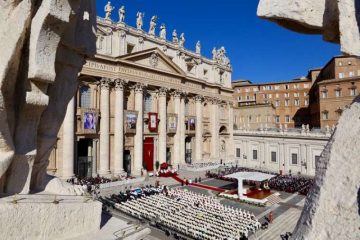