Cardinal Javier Lozano Barragán died Wednesday morning in Rome at the age of 89.

The Mexican cardinal is remembered for his service at the Vatican as the president of the Pontifical Council for the Pastoral Care of Health Care Workers, where he was a strong voice of opposition to abortion and euthanasia for more than a decade.

With the death of Barragán on April 20, the College of Cardinals is made up of 210 cardinals of which 117 can cast a vote in a potential conclave.

Barragán was born on Jan. 26, 1933 in the Mexican city of Toluca, 30 miles southwest of Mexico City.

He received his first communion in the Basilica of Our Lady of Guadalupe, where he would later be ordained a bishop and would offer his first Mass as a cardinal, according to Vatican News.

After studying for the priesthood in the diocesan seminary of Zamora in the state of Michoacán, Barragán was sent to Rome, where he obtained a licentiate and a doctorate in Dogmatic Theology from the Pontifical Gregorian University between 1954 and 1958.

Barragán was ordained a priest while in Rome in 1955. Upon his return to Mexico, he taught Dogmatic Theology at the diocesan seminary of Zamora.

He served as the president of the Mexican Theological Society and director of the Theological Pastoral Institute of the Latin American bishops’ conference (CELAM) in the 1970s.

John Paul II appointed Barragán as an auxiliary bishop of Mexico City in 1979. In this role, he helped to found the Pontifical University of Mexico and was a part of its leadership council from 1982-1985.

Barragán served as the bishop of the Diocese of Zacatecas in central Mexico from 1985 to 1996. During this time, he also became a member of the Pontifical Council for Dialogue with Non-Believers and the Congregation for the Evangelization of Peoples.

The pope called Barragán to Rome to serve in the Roman Curia as the president of the Pontifical Council for the Pastoral Care of Health Care Workers in 1996 and made him an archbishop in January 1997.

John Paul II named him a cardinal in 2003. Less than two years later, Barragán participated in the conclave that elected Pope Benedict XVI.

As president of the health care council, Barragán defended the teachings of the Catholic Church on health issues and was a strong voice of opposition to abortion and euthanasia.

He made headlines in 2005 by speaking out on the Terry Schiavo case, saying “Let’s stop with the euphemisms—they killed her.” He later also called for an investigation into the death of Eluana Englaro by euthanasia in 2009.

Barragán retired as the head of the Pontifical Council for Health Care Workers in 2009 at the age of 76.

Shortly after becoming pope in 2013, Pope Francis visited Barragán in the hospital, where the cardinal was being treated for an intestinal obstruction.

In 2019, Barragán celebrated the 40th anniversary of his ordination as a bishop. After presiding over a Mass in the diocese of Zamora, he reflected: “Everything has been a gift to the point where I have nothing left to brag about,” according to Vatican News.

“And now I’m giving it away. I’ve been trying … to give away everything the Lord has given me,” he said.

Catholic priest reveals role in DC aborted babies case: 'I buried them myself'

Seize the Moment: Manual Labor and the Master’s Work 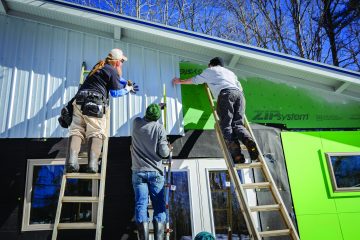