MARRAKESH, Morocco (CNS) — Muslim leaders from around the world adopted a declaration defending the rights of religious minorities in predominantly Muslim countries.

Participants said the Marrakesh Declaration, developed during a Jan. 25-27 conference, was based on the Medina Charter, a constitutional contract between the Prophet Muhammad and the people of Medina. The declaration said the charter, instituted 1,400 years ago, guaranteed the religious liberty of all, regardless of faith.

The conference included Muslim leaders from more than 120 countries, representatives of persecuted religious communities — including Chaldean Catholics from Iraq — and government officials.

The declaration said “conditions in various parts of the Muslim world have deteriorated dangerously due to the use of violence and armed struggle as a tool for settling conflicts and imposing one’s point of view,” which has enabled criminal groups to issue edicts that “alarmingly distort” Islam’s “fundamental principles and goals.”

“It is unconscionable to employ religion for the purpose of aggressing upon the rights of religious minorities in Muslim countries,” the declaration said.

— Muslim scholars “to develop a jurisprudence of the concept of ‘citizenship’ which is inclusive of diverse groups.”

— Muslim educational institutions to review their curricula to address material that “instigates aggression and extremism, leads to war and chaos, and results in the destruction of our shared societies.”

— Politicians and leaders to take necessary steps to legally “fortify relations and understanding among the various religious groups in the Muslim world.”

— All members of society “to establish a broad movement for the just treatment of religious minorities in Muslim countries and to raise awareness as to their rights, and to work together to ensure the success of these efforts.”

— Religious groups to remove “selective amnesia that blocks memories of centuries of joint and shared living on the same land.”

The declaration said cooperation must be based on “A Common Word,” a statement issued in 2007 and originally signed by 138 Muslim scholars and endorsed later by dozens of other Muslim leaders. Addressed to then-Pope Benedict XVI and the heads of other Christian churches, the statement called for new efforts at Christian-Muslim dialogue based on the shared belief in the existence of one God, in God’s love for humanity and in people’s obligation to love one another.

With such a large percentage of the world’s population belonging to the Christian or Muslim faith, the Common Word scholars insisted “the future of the world depends on peace between Muslims and Christians.”

“The basis for this peace and understanding already exists. It is part of the very foundational principles of both faiths: love of the one God, and love of the neighbor,” it said.

“Muslims, Christians and Jews should be free to each follow what God commanded them, and not have ‘to prostrate before kings and the like,'” the Common Word statement said, insisting that “justice and freedom of religion are a crucial part” of the love of neighbor called for both in the Quran and the Bible.

The 50 non-Muslim religious leaders at the Marrakesh conference shared concerns over violence in the name of religion, limitations of citizenship, restrictions on freedom of religion or belief, and xenophobia, especially Islamophobia by members of their religions; reaffirmed values shared with Muslims; and asked forgiveness for past and current injuries for which their communities are complicit.

Cardinal Theodore E. McCarrick, retired archbishop of Washington, provided the public report from the interfaith observers at the conference.

“I was privileged to have listened to the declaration of our final gathering. It is truly a great document, one that will influence our times and our history. It is a document that our world has been waiting for and a tribute to the Muslim scholars who prepared it. As one of the People of the Book, I thank you for this document and I thank the Lord God who has provided his followers the courage to prepare this document.

“I will be honored as an observer to support it,” he said.

Organizers of the conference said they hoped to encourage Muslim nations to adopt the declaration as formal Islamic law. 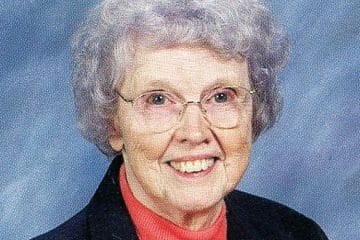