Responding publicly for the first time to her archbishop barring her from Holy Communion in her home diocese, U.S. House Speaker Nancy Pelosi remained defiant Tuesday in her support of abortion.

Archbishop Salvatore Cordileone announced May 20 that the California Democrat may no longer receive Holy Communion in the Archdiocese of San Francisco after publicly supporting abortion as a Catholic politician. His decision, Cordilenoe said, is a pastoral one and not political.

Over the years, Pelosi has defended abortion while citing her Catholic faith. The Catholic Church considers abortion — the destruction of a human person — a grave evil.

On Tuesday, Pelosi gave no indication that her position on abortion, and how she speaks about it as a Catholic, will change.

“I wonder about the death penalty, which I am opposed to. So is the Church. But they take no action against people who may not share their view,” she said during MSNBC’s “Morning Joe” show.

Pelosi did not say whether she intends to continue to present herself for Communion. Cordileone’s order is only applicable within the San Francisco Archdiocese, and although Cardinal Wilton Gregory of the Archdiocese of Washington has not commented publicly about Cordileone’s action, he has not instructed priests to refuse Communion to anyone.

Pelosi reportedly took Holy Communion at the 9 a.m. Sunday Mass on May 22 at Holy Trinity Catholic Church in Georgetown, according to Politico Playbook, but the report did not identify the source of that information. A spokeswoman for the parish on Tuesday referred media questions about the report to the Archdiocese of Washington, which did not respond to CNA’s request for comment.

In response to Cordileone’s actions, Bishop Robert Vasa of the Diocese of Santa Rosa, California — where Pelosi’s Napa vacation home is located — has said that he, too, will bar Pelosi from Holy Communion.

During her appearance on “Morning Joe,” Pelosi directly mentioned Cordileone once, to criticize him for being “vehemently against LGBTQ rights.”

Host Joe Scarborough praised the speaker for living out the Gospel of Matthew by serving the “truly disadvantaged.”

Jesus does not mention abortion in the Gospels, Scarborough said. Instead, in Matthew 25, Jesus told his disciples “we would be welcomed into the Kingdom of Heaven if we gave water to the thirsty, fed the hungry, clothed the poor, and brought hope to the hopeless,” he said.

“Thank you for referencing the Gospel of Matthew, which is sort of the agenda of the Church that is rejected by many who side with them on terminating a pregnancy,” she said. You can watch the interview in the video below.

“This decision taking us to privacy and precedent is very dangerous in the lives of so many of the American people,” she said. “And, again, not consistent with the Gospel of Matthew.”

At another point, the speaker referenced her Catholic background.

“I come from a largely pro-life Italian-American Catholic family, so I respect people’s views about that,” she said, referring to abortion. “But I don’t respect us foisting it onto others.”

Pelosi also claimed that, as a Catholic, she has tried in vain to speak with Republicans in the past about supporting “what the Catholic Church was asking us to do for global family planning, natural family planning, which our law allows to happen.”

“I think it’s very insulting to women to have their ability to make their own decision hampered by politics,” Pelosi commented. “This should never have been politicized.”

Pelosi called abortion a “cover for a lot of other things that the far right wants to accomplish” and concluded that, now, a “woman’s decision” regarding abortion is a “kitchen table issue.” 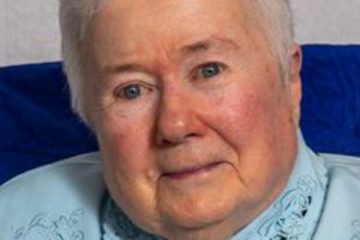