House Speaker Nancy Pelosi reportedly received Holy Communion at a Mass with Pope Francis at the Vatican on Wednesday.

Pelosi took Communion, according to sources present at the Mass, Crux reported on June 29.

The Associated Press, citing two witnesses, reported that Pelosi was seated in the section reserved for diplomats, and received Communion with the other attendees.

Pelosi was banned from receiving Holy Communion in her home diocese, the Archdiocese of San Francisco, in May.

San Francisco’s Archbishop Salvatore Cordileone said Pelosi should not be admitted to Communion, nor should she present herself to receive the Eucharist, until she publicly repudiates her support for abortion.

Pelosi, who is in Rome on a family vacation, attended Pope Francis’ Mass for the Solemnity of Saints Peter and Paul in St. Peter’s Basilica.

Cordileone said on May 20 that the step to bar Pelosi from Communion was “purely pastoral, not political” and came after Pelosi, D-Calif., who has described herself as a “devout Catholic,” repeatedly rebuffed his efforts to reach out to her to discuss her abortion advocacy.

Pope Francis met with Pelosi at the Vatican in October last year. 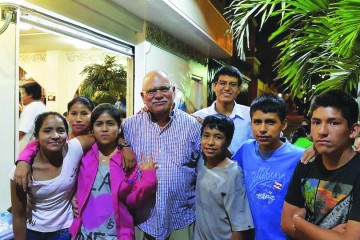