WASHINGTON — The Obama administration has filed a brief with the 10th U.S. Circuit Court of Appeals in Denver indicating it plans to develop an alternative for Catholic and other religious nonprofit employers to opt out of providing federally mandated contraceptives they object to including in their employee health care coverage.

Several media outlets, including AP, The Wall Street Journal and The Washington Post, reported July 23 that the administration said it would come up with a “work-around” that would be different than the accommodation it currently has available to such employers.

The U.S. Department of Health and Human Services, as part of the health care law, requires nearly all employers to cover contraceptives, sterilizations and some abortion-inducing drugs for all employees in their company health plan. It includes a narrow exemption for some religious employers that fit certain criteria.

Currently, there is an accommodation for those employers who don’t fit the exemption but who are morally opposed to providing the coverage. They must fill out a self-certification form — known as EBSA Form 700 — to direct a third party, usually the manager of an employer’s health plan, to provide the contested coverage.

Many religious employers who have sued over the mandate argue that even filling out Form 700 makes them complicit in providing coverage they find objectionable.

According to an AP story, the alternative the Obama administration said it plans to draft would allow these employers to opt out of the coverage they oppose without having to submit the form.

The White House has not provided details, but said the brief was filed as a response to a July 3 decision by the U.S. Supreme Court that granted a Christian college in Illinois temporary relief from the HHS mandate and said the school did not have to fill out Form 700.

Instead, the court said, Wheaton College can send a letter to the government.

If the applicant informs the HHS secretary “in writing that it is a nonprofit organization that holds itself out as religious and has religious objections to providing coverage for contraceptive services,” the high court said, “the respondents are enjoined from enforcement against the applicant the challenged provisions of the Patient Protection and Affordable Care Act and related regulations pending final disposition of appellate review.”

The order in Wheaton College v. Burwell came three days after the Supreme Court issued its Hobby Lobby decision saying that closely held for-profit companies could be exempted from some requirements of the federal health care law because of the owners’ religious beliefs.

The 10th Circuit is the court that has heard an appeal in a suit filed against the mandate by the Little Sisters of the Poor, a Denver-based religious order that cares for the elderly poor in several facilities around the U.S. The religious order first filed suit in September 2013 in U.S. District Court for the District of Colorado and lost.

The order appealed to the 10th Circuit. Last December, the U.S. Supreme Court granted the Little Sisters a temporary injunction on enforcement of the mandate and now the order seeks to make that protection permanent. 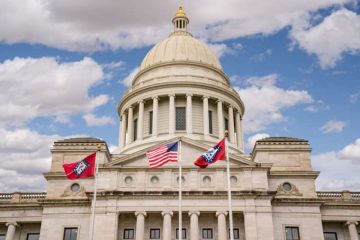