A Mass of Christian Burial for Father Thomas Meyer was celebrated Dec. 11 at St. Albert the Great Parish in Kettering.

Father Meyer, 74, died Dec. 6. A native of Dayton, Father Meyer did his preparatory studies at St. Gregory Seminary and studied theology at Mount St. Mary’s Seminary of the West. He was ordained on May 23, 1970, at the Cathedral of St. Peter in Chains in Cincinnati by Archbishop Paul F. Leibold.

Father Meyer is survived by his sister, Mary Ann Bennett, and brothers, Robert, James, Richard, and Joseph. Interment was in Calvary Cemetery in Dayton.

A Mass of Christian Burial for Missionary of the Precious Blood Father Robert Conway was celebrated Dec. 14 at St. Charles Center in Carthagena.

Father Conway, 93, died Dec. 8. A native of Detroit, Father Conway entered the Society in 1941 at Brunnerdale, the congregation’s minor seminary outside of Canton, Ohio. On Dec. 19, 1953, he was ordained to the priesthood at Mount St. Mary’s Seminary in Cincinnati. Father Conway served as a pastor, chaplain, educator, and missionary in Latin America during his 65 years as a priest.

After his ordination, he served at Precious Blood Church in Fort Wayne, Ind., and Corpus Christi Church in Dayton.

In 1961, he traveled to Chile to minister in the C.PP.S. mission there. In Chile, he was active in parish ministry, ministered as a hospital chaplain, and was chaplain of the novitiate of the C.PP.S. sisters of Dayton, who were also serving there. He served in urban Santiago, as well as rural areas. Father Conway’s later ministries included Hispanic ministry at Our Lady of Guadalupe Parish in East Chicago, Ind.; visiting professor of Latin American studies at St. Joseph’s College in Rensselaer, Ind.; chaplain of a nursing home in Orlando; parochial vicar of Sacred Heart Parish in Sedalia, Mo.; chaplain to the C.PP.S. sisters in Dayton; and chaplain of St. Anne’s Home in Columbia, Pa.

Father Conway is survived by his sister, Joan Lee, and brother, John. Interment was in the community cemetery.

A Mass of Christian Burial for Sister of Notre Dame de Namur Patricia Kinser was celebrated Dec. 13 in St. Julie Chapel at the Mount Notre Dame Convent in Cincinnati.

Sister Patricia was a Dayton native. For nearly 30 years, she served students and their families as an elementary teacher and principal at schools in Ohio and Illinois.

After her retirement, she worked as a school secretary at Summit Country Day School in Cincinnati, and as a meeting space coordinator for the sisters at the Mt. Notre Dame Convent. In the evenings and on weekends, Sister Patricia volunteered at the West End Center, the Woman’s Alliance, the Intercommunity Peace and Justice Office, the Cincinnati Nature Center, the Ohio Province Peace and Justice Committee, and other inner-city ministries.

Interment was in the convent cemetery.

Sister Mary Henry, 92, died Nov. 21. She was a member of the Ursulines of Cincinnati for 74 years.

Sister Mary Henry was a native of St. Henry. During her educational ministry, she served at Holy Name, Our Lady of the Visitation, St. Henry (Dayton), All Saints, St. Monica, St. Ursula Villa, St. Francis de Sales and St. Ursula Academy Schools. She also served as assistant librarian at St. Ursula Academy and had supervised the St. Ursula Convent library since 1986.

Additionally, she taught CCD at St. Henry in Dayton, St. Veronica, and Our Lady of the Visitation, and was also a learning disability tutor.

Sister Mary Henry is survived by her brother, John. Interment was in Gate of Heaven Cemetery. 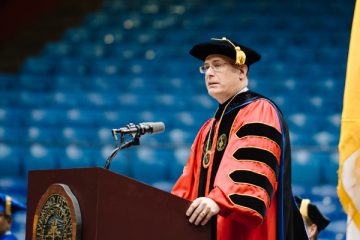