A Cincinnati native, Father Espelage did his preparatory studies at St. Gregory Seminary and studied theology at Mount St. Mary’s Seminary of the West. He was ordained on May 23, 1970, at the Cathedral of St. Peter in Chains by Archbishop Paul F. Leibold.

A native of Milford, Sister Jane’s active ministry included three distinct phases. Initially, she worked with students and families for 24 years as a teacher and principal at schools in Dayton, Cincinnati and Chicago. She spent the next 25 years as the director of religious education at Christ the King Parish in Cincinnati, and St. Phillip the Apostle in Morrow. In 2001, she returned to school to become a paralegal and worked with Sister of Notre Dame de Namur Rose Ann Fleming until health issues made it necessary for her to retire in 2015.

Interment was in the convent cemetery.

A native of Denver, Sister Jane served as an educator for 20 years outside the archdiocese. Sister Jane was then called to serve in the formation of young women religious at the Sisters of Charity motherhouse; this continued from 1965 through 1973. She also ministered as a chaplain and spiritual director. She moved to the motherhouse in July, when her health began to fail.

People must choose: path toward holiness or nothing, pope says 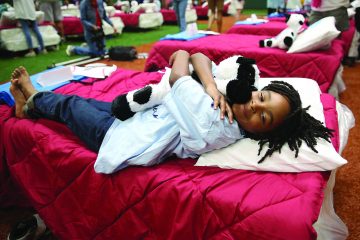