Reverend Charles W. Caserta, age 91 of Troy, went to be with his Lord and Savior, Jesus Christ on Thursday, October 10, 2019.

He is survived by his sister: Amelia Caserta-Gillis of Piqua, brother: William Caserta of Piqua, sister-in-law: Barbara Caserta of Piqua, numerous nieces and nephews, relatives and many friends. He was also preceded in death by his brothers: C. Anthony, Vincent, Bert, Joseph, Thomas and Rev.Father Angelo C. Caserta, sisters: Eleanor Johnston, Rose Tyler and Virginia Marsili. The family wishes to extend a special thanks to the nurses and staff of Cypress Pointe and Kindred Hospice for the wonderful care given to Fr. Charles Caserta.

A Mass of Christian Burial will be said at 11:00 a.m. on Wednesday, October 16, 2019 at St. Boniface Catholic Church with the Most Reverend Joseph R. Binzer serving as celebrant and Rev. Eric A. Bowman, and Rev. Daniel P. Hunt concelebrating. Interment will follow the Mass at Forest Hill Cemetery in Piqua. Per Fr. Caserta’s wishes, people are not to send flowers, but if so desire may donate to the Bethany Center (P.O. Box 224, Piqua, OH 45356). 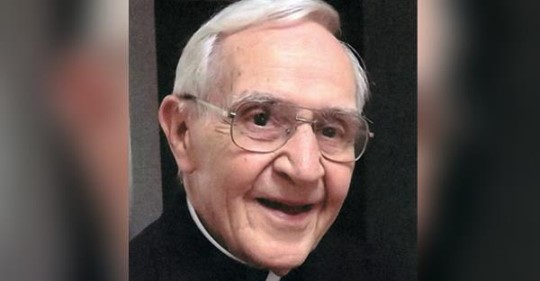 Recording Elder’s History: Duwel and Langen Bring Their High School to the Community