Mary Margaret Fischer, the fifth child and third daughter of a working-class family, was born just in time to have vivid memories of growing up during the Great Depression. Her parents were both of German descent. Her father’s family had roots in the Dayton, Ohio area, while her mother’s family was in New York. They met through her maternal uncles who served with her father in World War I. Her father was managing a store in a small town on Long Island when Mary was born. He moved the family back to Dayton during the Depression. There Mary came to know the Sisters of Notre Dame de Namur at Our Lady of the Rosary Parish and at Holy Trinity Parish where she finished grade school.

Mary was discerning a call to religious life by the 8th Grade. She was advised to apply to the candidacy of the Sisters of Notre Dame. It was an opportunity for her to continue her high school studies while also living with a community of Sisters of Notre Dame and with other similar young women who felt God’s call. Mary entered the candidacy at Maryhurst in Columbus, Ohio and she finished her studies at St. Joseph Academy. By Christmas of her senior year, she was sure of her call and in February 1945 prepared to enter the postulate at Mt. Notre Dame. The following August, she moved on to novitiate and was given the name Sister Catherine Joan.

In 1948 Sister Catherine Joan began 29 years of full-time teaching. Sister loved working with children. For her, teaching was an experience of watching each beloved child of God bloom into the beautiful person God created him or her to be. After two years with the 4th grade and one year with the 5th grade, Sister Catherine Joan settled in working with 6th through 8th graders at various schools in the Ohio Province. Over the years, she became a Language Arts specialist, taking responsibility for the Language Arts classes when the intermediate grades were departmentalized.

Sister Catherine Joan entered whole-heartedly into the renewal of religious life called for by the Second Vatican Council. In 1968 she returned to her baptismal name and was known as Sister Mary Margaret for the rest of her life. She became involved in local parishes as a lector and Eucharistic minister. Mary Margaret saw the need for religious education with public school children and adults in parishes. She started volunteering to teach CCD classes and to lead adult prayer and discussion groups. The leadership of the Sisters of Notre Dame also saw the need for religious education in the parishes and began to call forth Sisters to serve in parish roles. Mary Margaret loved teaching the intermediate grades, but the needs in the parishes called to her. She took the opportunity to take summer classes in Religious Studies and then accepted a parish position in 1977.

Mary Margaret’s new role was to coordinate religious education programs for children and adults in the parish. She was also responsible for ministering to the sick and shut-ins and participating in neighborhood cluster meetings. Mary Margaret loved the parish work. Through it, she discovered new gifts within herself to offer God’s people and realized she needed to deepen her own knowledge of current theology and Scripture. Mary Margaret was accepted into a two-year program in Toronto that updated her theology and skills for religious education.

Besides formal studies, Mary Margaret, with the rest of the Sisters, spent time studying Saint Julie Billiart, the foundress of the Sisters of Notre Dame de Namur. Mary Margaret later wrote: “St. Julie’s writings have had a profound effect on me. It meant much to her that people understand their faith. To her, the poor, deprived of education, were also deprived of knowledge of their faith. She saw the connection between an option for the poor and the awareness of God as good.” Saint Julie’s care for the poor, in particular, the most neglected, led Mary Margaret to, as she described it, “embrace the work of educating the poor in the most abandoned places, specifically those trapped in hopelessness in the isolated hills and hollers of Appalachia.” In rural West Virginia and southeastern Ohio Mary Margaret found volunteer teachers who were searching for ways to impart faith to children who would never have the opportunity for a Catholic school education. Her ministry included helping the volunteers earn certification by the Diocese. When priests were not available to celebrate Mass, Mary Margaret conducted Word and Communion services. She also organized discussion groups, Scripture study groups, Vacation Bible School programs, Liturgy of the Word for Young People programs, retreats and workshops to train the laity to be leaders of their parishes.

A special part of Mary Margaret’s Appalachian ministry was the outreach she did to women living in isolated hollers. Often these women were alone, caring for aging parents and barely making ends meet. Mary Margaret found God’s goodness personified in their self-sacrifice and service to their aging parents. As she reflected this back to them, she saw the women come to a new awareness of their gifts and their dignity as beloved daughters of God. Mary Margaret wrote, “These experiences brought home to me the special need to empower all women in the area. I can hear Julie’s words to us: ‘It is perhaps for a single soul that the good God has sent you…’ and: ‘We exist only for the poor, only for the poor, absolutely only for the poor.’” Mary Margaret would bring this dual focus of concern for those trapped in poverty and helping individuals recognize their giftedness and dignity to other parish and diocesan ministry settings. She also applied this dual focus to her work with the Mount Notre Dame High School Adopt-a-Sister Program.

In community Mary Margaret’s sunny disposition, a ready smile, a listening ear, and a willingness to help wherever she was needed were greatly appreciated. She took a real interest in the Sisters around her and often had a word of appreciation or affirmation for another Sister. Mary Margaret helped in the clothes room in the days of the traditional habit, took her turn cooking in smaller communities, volunteered during the summers to cook for larger groups, and helped with the sick in the infirmary. She enjoyed cooking, walking, reading, crocheting, card playing, socializing, traveling, and she loved parties. Mary Margaret looked forward to personal and community prayer and opportunities for spiritual deepening. A 30-day Ignatian retreat in 1974 and participation in a Julie Conference at the Notre Dame Motherhouse in Namur were two renewal experiences that became touchstones for Mary Margaret. The retreat took her relationship with God to a deeper level. The conference brought Saint Julie, and the internationality of the Notre Dame Charism, alive for her in new ways.

Mary Margaret appreciated the opportunities the changes in religious life gave her to reconnect with and be a part of the lives of her family members. She loved going to family gatherings, celebrating new generations, anniversaries, and holidays. She also valued praying for and physically being with, family members through times of suffering and grief.

At the time of her 60th Jubilee, she was asked to respond to the question, “What does love require of me?” Mary Margaret wrote, “Following the will of the community offers me the freedom to look beyond myself. My vows free me to live my life in the very best way I can, dedicated to our good God and to the mission of the Sisters of Notre Dame.” As her Sisters in Notre Dame, family and friends celebrate her life, we thank Mary Margaret for her wholehearted dedication. We thank God for the many ways she made God’s goodness known to each person she met. Joyfully we echo with Mary Margaret, the words of Saint Julie, “Ah, how good is our good God!”

Members of Congress push for end to the federal death penalty 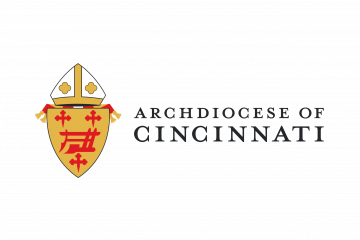