August 10, 2022 The Catholic Telegraph
Home»Features»On Original Solitude: The Sacrament of the Body
Features

This article is a part of an ongoing series on Pope St. John Paul II’s “Theology of the Body” (TOB).

Last month, I wrote about how the concept of original solitude in Pope St. John Paul II’s Theology of the Body applies to both the man and the woman in Genesis 2. Indeed, original solitude – like each of the “original experiences” – applies to us all as it reflects fundamental aspects of what it means to be human. Let’s dive deeper into this aspect of our humanity.

Original solitude refers to the experience of discovering that we are different from the rest of creation, and therefore alone in this world. Unlike all the other bodies we encounter, the human body reveals a person – a free, rational subject endowed with self-awareness and self-determination. Nonetheless, our bodies connect us with the earth and all the rest of physical creation. Yet, as persons we are also connected to the spiritual realm (i.e., angels and God). Man is thus a paradox in whom heaven and earth are wedded together.

Indeed, this uniting of the physical, spiritual, and even the divine, defines our unique place and purpose in the cosmos. It also makes plain the dignity of the human body. As a person, man bears an immeasurable dignity, and since he is an embodied being, the human body shares in this dignity. Pope St. John Paul II often affirmed this. In his 1993 encyclical Veritatis splendor he wrote, “Only in reference to the human person in his ‘unified totality,’ that is, as ‘a soul which expresses itself in a body and a body informed by an immortal spirit,’ can the specifically human meaning of the body be grasped” (VS 50). The human body is not a mere object, tool or prison. It is not separate from or beneath the human person but is integral to who we are. In short, my body is me.

In Theology of the Body, Pope St. John Paul II went even farther by speaking of the sacramentality of the human body. He did not mean the human body is some kind of eighth sacrament alongside the traditional seven. Rather, he taught that because of man’s unique place in the cosmos, the human body bears some of the qualities of a sacrament. All sacraments use material things (e.g., water, oil, bread, wine) to convey spiritual realities. While composed of matter drawn from the earth, the human body at the same time effectively makes present the mysterious, spiritual reality we call “person.” In this way, the body reveals the person and can be said to be the “sacrament of the person.” Even more, because the human person is made in God’s image and is called to communion with Him, the human body also bears the capacity to make God present in a visible way: “The body, in fact, and only the body, is capable of making visible what is invisible: the spiritual and the divine. It has been created to transfer into the visible reality of the world the mystery hidden from eternity in God, and thus to be a sign of it” (TOB 19:5).

We will delve deeper into this sacramental vision of the human body in future reflections on original unity and original nakedness. For now, it is enough to reflect on what this sacramental vision means for how we regard our bodies and how we treat one another. It follows from its sacramental character that the proper attitude toward the human body is one of reverence. Indeed, the reverence due the human body is similar to what we owe toward the sacred vessels such as the chalice and other holy objects used at Mass. This does not mean we worship the body, but we treat our bodies and especially those of others with holy respect and honor. What we do to the body, we do to the person.

This sacramental understanding of the human body also provides a foundation for a more general sacramental worldview in which we see all of creation as revealing the glory and mystery of God. Indeed, the human body and all of visible creation are gifts given to us by God as signs of His infinite wisdom and love. Let us receive these great gifts with gratitude, caring for and cultivating them according to God’s designs so that they may radiate His beauty ever more brightly.

Dr. Andrew Sondergren, MTS, PSY.D is a Catholic psychologist and director of psychological services for Ruah Woods. He speaks on topics related to the integration of psychology and the Catholic faith. He and his wife, Ellie, have been married 21 years and have five children. 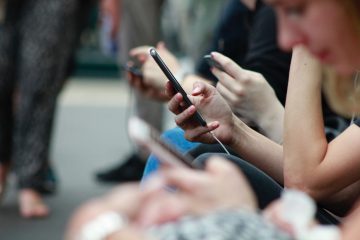