On ‘sacred ground’ of suffering, pope prays for reconciliation

VILLAVICENCIO, Colombia (CNS) — In a raw, honest prayer service where victims and perpetrators of violence stood under the gaze of a bomb-damaged crucifix, Pope Francis urged Colombians to summon the courage to make peace.

Symbolically presiding over the event Sept. 8 was what remained of a crucifix from the church in Bojaya, an image of Jesus whose arms and legs were blown off in 2002 when an improvised homemade mortar launched by rebels crashed through the roof of a church and exploded.

The United Nations was unable to verify the exact number of people killed; some reports say 79 people died, others say 119 people died. All agree that almost half the victims were children.

“I am standing on sacred ground,” Pope Francis said at the prayer service, “a land watered by the blood of thousands of innocent victims and by the heart-breaking sorrow of their families and friends.”

In 2016, leaders of the Revolutionary Armed Forces of Colombia, commonly called FARC, apologized for the massacre in the Bojaya church. The rebels had been engaged in a firefight with members of a paramilitary group; the church, where frightened civilians were hiding, was between their positions.

Leiner Palacios Asprilla was next door to the church, in the house belonging to the Missionary Sisters of St. Augustine. The house also was hit.

Dressed all in white, like many of the thousands of victims who gathered for the prayer service with the pope, Palacios said, “You have to take it seriously because the (FARC) apology began a process.” Besides, he said, the group admitted it was a horrible error “and they promised to change.”

Speaking to reporters before the event, he said Pope Francis’ presence in Villavicencio “is a sign of his solidarity with Colombians who suffer.”

“Colombia is a very Catholic country, and he can motivate those who are uncertain” about supporting the peace process. Just over half the population voted against a peace referendum in 2016, mostly because they believed the government was letting the rebels and militias off too easily.

Referring at the service to the bombing that tore the arms and legs from the Christ of Bojaya, Pope Francis said, “They have torn away your children who sought refuge in you.”

But he did not stop there. He prayed that Christ would help “us to commit ourselves to restoring your body.”

“May we be your feet that go forth to encounter our brothers and sisters in need; your arms to embrace those who have lost their dignity; your hands to bless and console those who weep alone,” Pope Francis prayed.

“Christ broken and without limbs is for us ‘even more Christ,'” the pope said, “because he shows us once more that he came to suffer for his people and with his people.”

Four people gave their testimony at the encounter: Deisy Sanchez Rey, who fought in a paramilitary group for three years before she was arrested and imprisoned for two years; Juan Carlos Murcia Perdomo, a FARC fighter for 12 years; Pastora Mira Garcia, whose two small children were killed by the paramilitary militias; and Luz Dary Landazury, who was wounded in 2012 by a bomb blast.

Pope Francis responded directly to each of them, paying tribute to their honesty, their pain and their efforts to start a new life by forgiving and asking forgiveness.

“It can be difficult to believe that change is possible for those who appealed to a ruthless violence in order to promote their own agenda, protect their illegal affairs so they could gain wealth, or claim — dishonestly — that they were defending the lives of their brothers and sisters,” the pope said.

But truth, forgiveness and reconciliation are the only ways to break the cycle of violence that caused so much suffering, he said. “Fear neither the truth nor justice.”

En route back to the airport, Pope Francis was to visit the Cross of Reconciliation at Los Fundadores Park. The cross was carried in a Via Crucis service throughout the region in 2012 before being placed in the park. The plaque lists the number of local people kidnapped, murdered or who died from injuries caused by landmines from 1964 to 2016.

On ‘sacred ground’ of suffering, pope prays for reconciliation 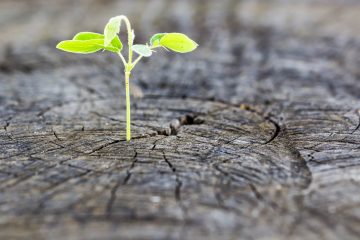