This article is part of an ongoing series on Pope St. John Paul II’s “Theology of the Body” (TOB).

What does it mean to be an image of something? If you were to take out a smartphone and snap a photo of me, you would see an image that unmistakably resembles me. However, that picture is more unlike me than like me. On your screen, the image is only a few inches tall, 2-dimensional, static and ultimately made of 1s and 0s stored on a computer chip. I am a full-sized, 3-dimensional, living human being composed of flesh and spirit. Clearly, there is a greater difference than similarity between my image on your phone and the real me. Nonetheless, there is a true resemblance, such that when you see the image, it reminds you of the reality.

This example is helpful for us when we ponder what it means for man to be the image of God. There is always a greater difference between man and God than similarity. Indeed, we speak of God using human language and symbols that can never do justice to the glory of the Divinity. Nonetheless, by prayerfully and thoughtfully reflecting on our humanity and on Divine Revelation, we gain insights into who God is and what His plan is for us.

Traditionally, man was understood to be the image of God through the gifts of rationality and free will. Pope St. John Paul II affirmed and elaborated this understanding through his reflections on original solitude. However, he went beyond this by emphasizing a Trinitarian vision for man that is the image of God through the unity and duality of the two sexes, which gives rise to our capacity to form a communion of persons. God

is love, as St. John the Apostle tells us, and this signifies not only God’s attitude toward us but His inmost nature. Christ reveals to us that the one eternal God is Trinity, “an inscrutable divine communion of Persons” (TOB 9:3). For all eternity, the Father in love begets the Son, who eternally receives Being from the Father and gives Himself to the Father in response. Their exchange of love is so perfect and real, that it is another Divine Person – the Holy Spirit. Each Person is truly distinct from the Others but utterly united in the one Divine Nature. For all time, they give and receive one another in an eternal exchange of love. In this way, “God is love and in Himself He lives a mystery of personal loving communion” (John Paul II, Familiaris consortio, 11).

A COMMUNION OF PERSONS

Through our maleness and femaleness, man and woman discover in themselves the capacity to form a communion of persons. As we have seen, human nature is one, but there are two ways of being human: male and female. We can see in this unity-in-distinction a dim reflection of the Blessed Trinity’s unity-in-distinction, and that ability to form a communion of persons. When a man and a woman make a total gift of self such that they become “one flesh” in marriage, they form such a communion. Their mutual self-giving love may in time become personified in the gift of a child born of their union. Thus, man and woman form an image or icon of the Blessed Trinity through the communion of the family.

According to Pope St. John Paul II, this “trinitarian” understanding of the human person as image of God “constitutes perhaps the deepest theological aspect of everything one can say about man” (TOB 9:3). It shows us that among the rest of visible creation, man and woman have a special call and capacity to reveal, through their total self-giving, the eternal truth that God is love. In this way, we fulfill the meaning of our existence as man and woman created in the image of God.

Dr. Andrew Sodergren, MTS, PSY.D. is a Catholic psychologist and director of psychological services for Ruah Woods. He speaks on topics related to the integration of psychology and the Catholic faith. He and his wife, Ellie, have been married 21 years and have five children. 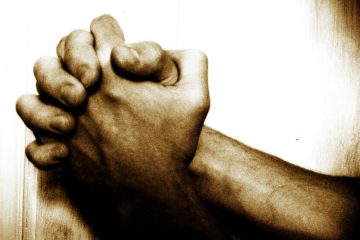