CNA Staff, Aug 31, 2020 / 11:00 am MT (CNA).- House Speaker Nancy Pelosi has signaled that a prohibition on federal funding for abortion will be excluded from spending bills next year if Democrats retain a majority in the House of Representatives, setting the state for the end of a 44-year-old bipartisan agreement on abortion funding.

The Los Angeles Times reported on Friday that Speaker Pelosi (D-Calif.) recently told some House Democrats that funding bills next year would not include the Hyde Amendment.

The Hyde Amendment, a policy barring taxpayer funding of elective abortions, has been law since 1976. It is named former congressman Henry Hyde, a 16-term Republican congressman from Illinois who introduced the amendment.

The policy, passed with bipartisan support as an attachment to spending bills, bars Medicaid reimbursements for elective abortion services, but it contains exceptions for abortions in cases of rape, incest, or when the life of the mother is at stake.

According to a study published by the pro-life Charlotte Lozier Institute and recently updated, the policy is estimated to result in around 60,000 fewer abortions each year, or around one in nine pregnancies of women with Medicaid benefits. The institute claims that the policy has thus saved more than 2.4 million lives since it was instituted in 1976.

However, the 2016 Democratic Party platform called for the repeal of Hyde, and all of the party’s presidential candidates in 2020 supported the repeal of the policy.

President Trump has supported the Hyde Amendment, but a bill to codify it–the No Taxpayer Funding for Abortion Act–failed to receive the necessary 60 votes in the Senate, in 2019.

Some House Democrats including Reps. Barbara Lee (D-Calif.), Jan Schakowsky (D-Ill.) and Ayanna Pressley (D-Mass.), have tried to repeal the policy in 2019 and again in 2020, either through introducing legislation to do so or by attempting to remove the amendment from a spending bill at the last minute.

The amendment was ultimately included in spending packages so they would receive the support of the Republican-led Senate and White House.

Now, however, Speaker Pelosi has reportedly promised to undo the policy.

The head of the U.S. bishops’ pro-life committee, Archbishop Joseph Naumann of Kansas City, told CNA last year that “there historically was broad consensus” in support of the policy from members of both major political parties.

“So it’s very disappointing to see the extremism now that’s attacking what most Americans would consider a very important principle,” he said. “When you’re destroying a human life, this isn’t health care.” 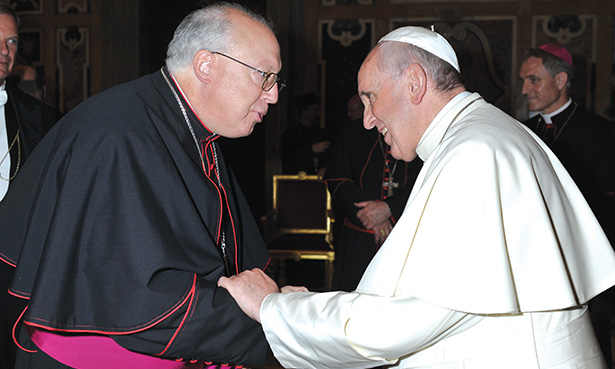