June 28, 2022 Catholic News Agency
Home»Features»Playfulness in the Spiritual Life from The Ultimate Guide to Lent
Features

“Play” in the spiritual life makes me think of people dressed as clowns at Mass, or hand motions for grade school songs being imposed upon high schoolers, or the sort of unbearably sanguine exuberance that clashes with a sometimes sorrowful reality. I can think of all sorts of shallow and childish “play” that haunt the dreams of theologians and Dominicans: liturgical puppet shows, hoverboard processions, Benediction by drone – I shudder to continue. I would not describe any of those things as “important to the spiritual life,” nor desirable in any mode of life. Following those examples, playfulness and mirth seem best well-avoided.

Perhaps you think a mature, knowledgeable and pious Catholic would put behind such childish things as playfulness. The faith is serious. The faith is important. The salvation of souls is not a game.

Friend, I would not argue with any of that. You and I should grab a drink some time. But, hear me out. There is a sort of playfulness that manifests itself in a healthy relationship. Playfulness is a sign of trust and love, not something we can fake or construct on our own, but something that blossoms in an intimate relationship.

There’s a story (maybe even true) about St. Theresa of Avila falling into a river and telling the Lord “If this is how you treat your friends, it’s no wonder you have so few.” That shows a playfulness with the Lord that may seem too bold or informal to some, but it comes from a healthy relationship. It shows a relationship of total offering to the Lord, a relationship where nothing is hidden.

Christ desires a profound relationship with you. He came to earth to be close to us, to seek and save the lost. Let that relationship be just as real, intimate and fun as any other relationship you have.

That kind of relationship ought to manifest itself in joy and humor and laughter and play. It’d be a bit alarming if it didn’t.

Sacrament of Confession "Be not afraid".

The Pen that doesn't write 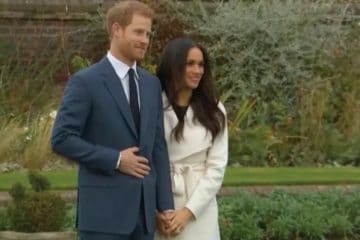