VATICAN CITY (CNS) — When Pope Francis embarks on his fourth visit to South America, he will face the enormous task of restoring trust and encouraging healing after scandals in both countries left many wounded and angry at the Catholic Church.

Pope Francis planned the trip Jan. 15-21 to Chile and Peru as an opportunity to bring a message of hope and comfort to people on the margins of society, particularly the indigenous people.

However, the challenges facing the church in both countries will make this visit different compared to his previous trips to the continent.

In Peru, young members of Sodalitium Christianae Vitae, a Catholic movement, were subjected to psychological and sexual abuse by group leaders, including the founder, Luis Fernando Figari. An internal Sodalitium investigation confirmed the abuse of children, teens and young adult members of the movement.

Less than a week before the pope’s visit to Peru, the Vatican’s Congregation for Institutes of Consecrated Life and Societies of Apostolic Life named a Colombian bishop to be the trustee of the scandal-plagued movement.

The Vatican said Jan. 10 that Pope Francis followed the case “with concern” and “insistently requested” the congregation to act.

Despite his actions to address the issue of sexual abuse in Peru, his decision to appoint a bishop accused of turning a blind eye to abuse drew outrage in Chile.

The pope’s appointment of Bishop Juan Barros as head of the Diocese of Osorno sparked several protests — most notably at the bishop’s installation Mass — due to the bishop’s connection to Father Fernando Karadima, his former mentor.

Father Karadima was sentenced to a life of prayer and penance by the Vatican after he was found guilty of sexually abusing boys.

Greg Burke, director of the Vatican press office, told reporters Jan. 11 that Pope Francis’ formal schedule for Chile and Peru does not include a meeting with sexual abuse victims or with the people still protesting Bishop Barros’ appointment. Sexual abuse is “clearly an important theme,” Burke said, adding “the best meetings are private meetings.”

The protests against the pope’s appointment of Bishop Barros gained steam when a video of Pope Francis defending the appointment was published in September 2015 by the Chilean news channel, Ahora Noticias. Filmed during a general audience a few months earlier, the video showed the pope telling a group of Chilean pilgrims that Catholics protesting the appointment were “judging a bishop without any proof.”

“Think with your head; don’t let yourself be led by all the lefties who are the ones that started all of this,” the pope said. “Yes, Osorno is suffering but for being foolish because it doesn’t open its heart to what God says and allows itself to be led by all this silliness that all those people say.”

Many were outraged by the pope’s assessment of the situation, including several of Father Karadima’s victims, who organized an event to coincide with Pope Francis’ arrival in the country.

The conference, titled “Sexual Abuse in an Ecclesiastical Context,” is sponsored by the Foundation for Trust and will feature several notable speakers, including Peter Saunders, a former member of the Pontifical Commission for the Protection of Minors.

“The fact that the pope is coming and we are having this seminar is because many people are coming to show their commitment to the rights of children as well as their anger at the lack of reaction and the mistaken words the pope gave,” Jose Andres Murillo, director of the foundation who suffered abuse at the hands of Father Karadima, said in an interview with Chilean news website, El Mostrador.

Protesters from the Diocese of Osorno are also expected to be in Santiago, calling on the pope to remove Bishop Barros.

Meanwhile, in an open letter published on Jesuit news blog Reflexion y Liberacion, a group of Chilean students said they hoped Pope Francis’ visit would bring about true change “not just in our holy and sinful church but also the world.”

“We hope that you will be courageous, that you give a face to the invisible men and women of Chile, that you confront the true reality of the country and not allow yourself to be hoodwinked by the lies sold by the business community, political authorities and even many of our ecclesiastical authorities,” the students wrote. 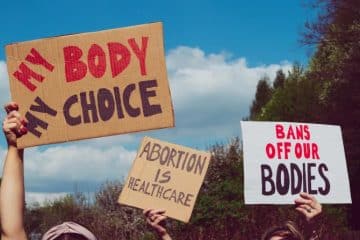