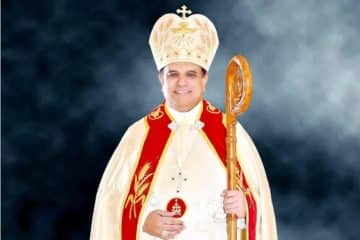 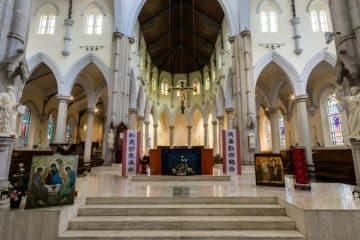 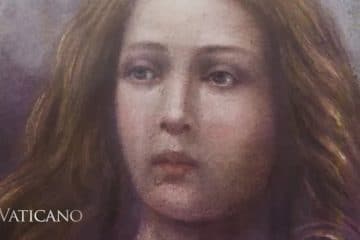 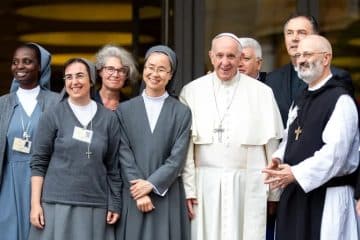 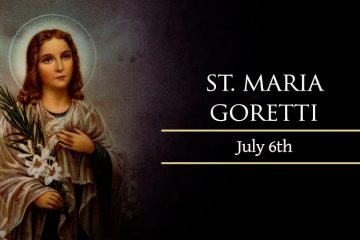 Pope Francis on Sunday celebrated Easter Mass for around 50,000 people in St. Peter’s Square — the first Easter Mass with the public after two years of COVID-19 pandemic restrictions.

On a sunny and windy morning in Rome, Pope Francis also participated in the “Resurrexit,” an ancient rite honoring an icon of the Holy Savior.

The ritual sequence, sung in Latin, recalls how the apostle Peter, of whom the pope is the successor, was one of the first witnesses to Christ’s resurrection, after St. Mary Magdalene.

While the “Resurrexit” was sung, deacons opened the panels of the icon of the Holy Savior next to the altar.

Pope Francis then sprinkled holy water before proceeding with the rest of Mass.

For Easter 2022, the Vatican’s altar was decorated with flowers from the Netherlands, the continuation of a 37-year tradition.

Pope Francis concelebrated the Easter Sunday Mass with 280 priests, 25 bishops, and 23 cardinals. Students from the North American College Seminary in Rome were ministers at the pope’s Mass.

The Gospel reading, John 20:1-9, was proclaimed in Latin and Greek. The passage recounts the moment in which Mary Magdalene and the apostles Peter and John found the empty tomb after Jesus’ resurrection.

Instead of giving a homily after the Gospel, following a custom of the last few years, Pope Francis kept a silence of several minutes for prayer and reflection.

After the Mass, he greeted the crowds in St. Peter’s Square and the street outside from the Popemobile, before going to the Hall of Blessings.

From the Hall of Blessings, Pope Francis stood on the central loggia of St. Peter’s Basilica, where he gave his Urbi et Orbi benediction in the presence of an estimated 100,000 people at the Vatican and in the surrounding areas. 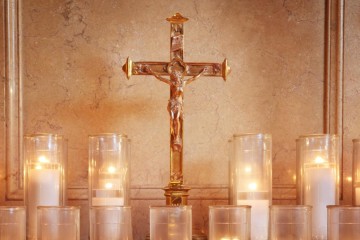