Pope Francis: Children are always gifts, even in tough circumstances

Pope Francis’ latest writings on the family include a strong affirmation of the need to welcome children even in difficult circumstances.

He praises large families and adopted families, rejects abortion as “horrendous,” reflects on the errors of “gender ideology,” and advises pastoral care for people with same-sex attraction.

“Each child has a place in God’s heart from all eternity; once he or she is conceived, the Creator’s eternal dream comes true,” he said in his post-synodal exhortation Amoris Laetitia.

“Let us pause to think of the great value of that embryo from the moment of conception. We need to see it with the eyes of God, who always looks beyond mere appearances,” he added.

The Pope’s exhortation, released April 8, reflected on the conclusions of the 2015 Synod of Bishops, which examined the role of the family in the contemporary world.

Pope Francis said the ability of man and woman to conceive life is “the path along which the history of salvation progresses.” Their fruitful relationship is “an image for understanding and describing the mystery of God himself,” the Trinity.

“It is important for that child to feel wanted,” the Pope said. “He or she is not an accessory or a solution to some personal need. A child is a human being of immense worth and may never be used for one’s own benefit.”

The Pope said it matters little whether a new life is convenient, has pleasing features, or fits into parents’ plans or aspirations. Citing the synod, he said “children are a gift.”

He acknowledged that parents do not always feel ready for a child.

“Expectant mothers need to ask God for the wisdom fully to know their children and to accept them as they are,” he said. While some parents feel their child is not coming at the best time, “they should ask the Lord to heal and strengthen them to accept their child fully and wholeheartedly.”

The Pope encouraged adoption and praised it as “a very generous way to become parents.” Adoption is “an act of love” that offers the gift of a family to someone. He called adoptive parents “channels of God’s love.”

“Large families are a joy for the Church. They are an expression of the fruitfulness of love,” Pope Francis said.

The Pope also made bracing statements against abortion.

“I feel it urgent to state that, if the family is the sanctuary of life, the place where life is conceived and cared for, it is a horrendous contradiction when it becomes a place where life is rejected and destroyed,” he said. “So great is the value of a human life, and so inalienable the right to life of an innocent child growing in the mother’s womb, that no alleged right to one’s own body can justify a decision to terminate that life, which is an end in itself and which can never be considered the ‘property’ of another human being.”

“The family protects human life in all its stages, including its last,” he added. “If a child comes into this world in unwanted circumstances, the parents and other members of the family must do everything possible to accept that child as a gift from God and assume the responsibility of accepting him or her with openness and affection.”

The Pope characterized euthanasia and assisted suicide as “serious threats to families worldwide.” In response, the Church must assist families who take care of their elderly and infirm.

The synod lamented population decline and the anti-child mentality “promoted by the world politics of reproductive health.” These factors will harm the ability to support the elderly, impoverishment and a loss of hope. For some, economic problems will deter people from children, while for others consumerism will.

Pope Francis cited the synod’s recommendation for a return to the message of Blessed Pope Paul VI’s encyclical “Humanae Vitae,” which upheld Catholic teaching on contraception. He also noted the need for responsible parenthood given couples’ circumstances.

The Synod Fathers had criticized a “gender ideology” that “denies the difference and reciprocity in nature of a man and a woman and envisages a society without sexual differences, thereby eliminating the anthropological basis of the family.” They said this ideology’s educational and legislative programs radically separate personal identity from the biological difference between male and female and treat human identity as “the choice of the individual.”

Francis voiced concern that these ideologies “manage to assert themselves as absolute and unquestionable, even dictating how children should be raised.”

The synod also discussed artificial human reproduction that separates reproduction from a sexual relationship between a man and a woman.

The Pope said these ideologies “attempt to sunder what are inseparable aspects of reality.”

“Let us not fall into the sin of trying to replace the Creator. We are creatures, and not omnipotent. Creation is prior to us and must be received as a gift,” he said.

Pope Francis also responded to the synod on the topic of homosexuality.

“The Church makes her own the atti¬tude of the Lord Jesus, who offers his bound¬less love to each person without exception,” he said. “We would like before all else to reaffirm that every person, regardless of sexual orientation, ought to be respected in his or her dignity and treated with consideration.”

He cited the Catechism’s rejection of unjust discrimination and also rejected all forms of aggression and violence.

Families whose members include people with same-sex attraction should have “respectful pasto-ral guidance” to help those with this orientation “receive the assistance they need to understand and fully carry out God’s will in their lives.”

Pope Francis reiterated the Synod’s rejection of the asserted equality between homosexual unions and marriage of a man and a woman. He cited the synod’s comment that there are “absolutely no grounds” for considering these unions to be similar to “God’s plan for marriage and family.”

The synod also rejected pressure on churches on the issue of same-sex unions and financial pressure placed on poor countries to establish same-sex “marriage.”

At another point in his exhortation, the Pope said every child has “a right to receive love from a mother and a father.” Both parents are needed for a child’s best development.

“The family is the setting in which a new life is not only born but also welcomed as a gift of God,” he said.

Vatican announces launch of Catholic ‘global compact’ on the family

Pope Francis: 2022 World Meeting of Families will include local gatherings

Pope Francis: Children are always gifts, even in tough circumstances 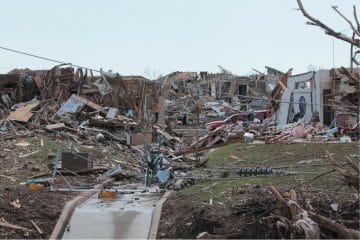