We applaud the Holy Father, Pope Francis, for the new document, given motu proprio, i.e. on the pope’s own initiative, titled “Vos estis lux mundi” (“You are the light of the world”). The decree establishes new universal Church law for the crimes pertaining to sexual abuse within the Catholic Church.

The motu proprio is a significant move forward for the universal Church, but in the United States, the new legislation echoes many of the practices established in the Essential Norms and the Charter for the Protection of Young People that have been in force since 2002.

Pertaining to the General Provisions of the motu proprio, since 1993, the Archdiocese of Cincinnati has embraced and promulgated the Decree on Child Protection, which now also covers vulnerable adults. The most recent Decree was promulgated in July of 2018 in the Archdiocese of Cincinnati. In it we have detailed procedures in place for reporting abuse, including abuse of a minor, a vulnerable adult and use of pornography. The Archdiocese of Cincinnati’s Decree on Child Protection also includes a mandatory reporting procedure that has been followed since our first Decree was promulgated in 1993. In addition, locally we have been providing lifelong counseling and care for abuse victims, as noted in the new universal Church law, since 2002, under the guidance of the Archdiocesan Coordinator of Ministry to Survivors of Abuse.

In the Archdiocese of Cincinnati, our Decree on Child Protection, includes:
• Complete background checks on all clerics, employees and volunteers;
• Ongoing required training for clerics, employees, and volunteers on recognizing the signs of abuse of children and vulnerable adults;
• Procedures for reporting suspected abuse;
• Immediately reporting all allegations of abuse to the appropriate civil authorities;
• A Child Protection Review Board that is comprised primarily of lay people;
• Training of children in Catholic schools and religious education programs on warning signs and appropriate responses for their own protection; and
• Onsite independent audit of policies and procedures by an outside firm.

Days of covering up abuse allegations are over, says Vatican adviser 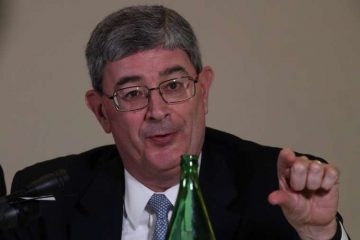