Pope Francis presides at consistory for canonization of blesseds

Pope Francis presided Monday at a consistory for the canonization of seven blesseds.

The Ordinary Public Consistory took place at 10 a.m. local time May 3 in the Consistory Hall of the Apostolic Palace in the Vatican with cardinals currently resident in or visiting Rome.

The gathering opened with the praying of Terce, or mid-morning prayer, from the Liturgy of the Hours.

Cardinal Marcello Semeraro, prefect of the Congregation for the Causes of Saints, then presented summaries of the lives of the seven men and women to the pope and the cardinals.

The cardinals voted to approve the canonizations.

The vote is the last step in the process and allows a date to be set for a Mass of canonization.

In a break with custom, the Vatican did not announce the date or location of the canonizations on Monday. It did not give a reason for the omission, but it is likely due to the difficulty of organizing events amid the pandemic.

Vatican News said that the seven candidates would be “raised to the altars in the coming weeks and months, according to a schedule to be set at a later time.”

The most prominent figure among the seven is Charles de Foucauld, the French missionary killed in Algeria in 1916. He was a soldier, explorer, Catholic revert, priest, hermit, and religious brother, who served among the Tuareg people in the Sahara desert in Algeria.

Pope Francis approved his canonization cause in May 2020.

The consistory also voted on the canonization of Devasahayam Pillai, a layman from India who was martyred after converting from Hinduism to Catholicism in the 18th century.

Pillai, who is also known by his baptismal name of Lazarus, was beatified in 2012 in southern India. He will be the first lay Catholic in India to be declared a saint.

Other canonization causes voted on were those of Bl. Maria Francesca of Jesus (née Anna Maria Rubatto), foundress of the Capuchin Tertiary Sisters of Loano, and Bl. Maria Domenica Mantovani, co-foundress and first general superior of the Institute of the Little Sisters of the Holy Family.

The College of Cardinals is divided into three ranks: cardinal bishops, cardinal priests, and cardinal deacons.

Ten years after receiving the red hat, cardinal deacons can ask the pope to elevate them to a cardinal priest and to opt for a titular church. This practice is known in Latin as “Optatio.”

Pope Francis presides at consistory for canonization of blesseds 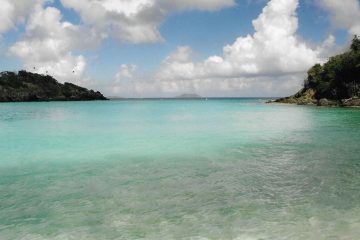