Vatican News, the website overseen by the Vatican’s Dicastery for Communication, said on Dec. 23 that the pope who reigned for only 33 days would be beatified in St. Peter’s Basilica.

It added that the Congregation for the Causes of Saints shared the ceremony’s date with Cardinal Beniamino Stella, postulator of the cause of canonization, and Bishop Renato Marangoni of Belluno-Feltre, the Italian diocese where the cause opened on Nov. 23, 2003, and closed on Nov. 9, 2017, with the proclamation of John Paul I’s heroic virtues.

Pope Francis recognized a miracle obtained through the intercession of his papal predecessor in October.

John Paul I was elected pope on Aug. 26, 1978, following the death of Paul VI. A priority of his short pontificate was carrying forward the work of the Second Vatican Council.

Even before he was elected pope, Albino Luciani was known for his humility, his emphasis on spiritual poverty, and his dedication to teaching the faith in an understandable manner.

The miracle attributed to John Paul I’s intercession is the 2011 healing of a girl in the Archdiocese of Buenos Aires, Argentina, from a severe form of encephalopathy, a disease affecting the brain.

Last year, Pope Francis instituted a Vatican foundation to promote the thought and teachings of John Paul I.

In an April 2020 article in L’Osservatore Romano, Vatican Secretary of State Cardinal Pietro Parolin wrote that “Pope John Paul I was and remains a reference point in the history of the universal Church, the importance of which — as St. John Paul II pointed out — is inversely proportional to the duration of his very short pontificate.”

In 2008, on the 30th anniversary of John Paul I’s death, Benedict XVI reflected on St. Paul’s Letter to the Philippians, in which the apostle writes: “Do nothing out of selfishness or out of vainglory; rather, humbly regard others as more important than yourselves.”

Benedict said that the biblical text brought to mind John Paul I, who chose the same episcopal motto as St. Charles Borromeo: Humilitas.

John Paul I’s simplicity, according to Benedict, “was a means of solid and fruitful instruction, which, thanks to the gift of an excellent memory and vast culture, was enriched by numerous citations of Church and secular authors.”

Writing in Avvenire, the official newspaper of the Italian bishops’ conference, on Dec. 23, vice postulator Stefania Falasca noted that John Paul I is one of six (out of nine) 20th-century popes whose causes of beatification and canonization have been introduced.

Four of them have so far concluded in canonization: those of Pius X, John XXIII, Paul VI and John Paul II.

The History of 'The Twelve Days of Christmas' 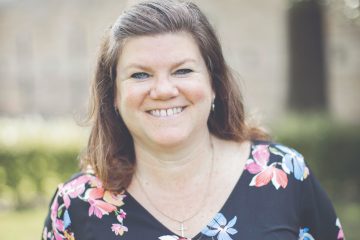