“Washing the feet of the refugees, Pope Francis is asking for respect for each one of them,” wrote Archbishop Rino Fisichella, the main organizer of the Vatican’s Year of Mercy initiatives.

Announcing the location for the pope’s celebration March 24, Archbishop Fisichella noted that many of the young people at the Center for Asylum Seekers are not Catholic, which makes Pope Francis’ decision to wash their feet “even more eloquent.”

“It indicates respect as the main path to peace,” he said March 22. Respect means recognizing the other as a person, one who “walks with me, suffers with me, rejoices with me.”

“Pope Francis will bow down and wash the feet of 12 refugees as a sign of service and attention to their condition,” the archbishop said.

The Auxilium Social Cooperative, which runs the center, told reporters that the 12 chosen for the foot-washing ritual include four women and eight men. An Italian Catholic woman who works at the center and three women who belong to the Eritrean Orthodox Tewahedo Church were chosen, as were four Nigerian Catholic men, a Hindu man, and Muslim men from Syria, Pakistan and Mali.

The center in Castelnuovo di Porto has 892 guests and 114 staff members.

With tens of thousands of people fleeing persecution and violence in many parts of the world, too many countries seem to think the best solution “is to close their borders to feel safer or to build new walls,” the archbishop said.

But one of the traditional “corporal works of mercy” is to welcome the stranger, Archbishop Fisichella wrote in an article for the Vatican newspaper. “Welcoming refugees then becomes for Christians a tangible expression of living the Jubilee of Mercy.”

Ultimate relief from mandate may lie beyond the courts, say plaintiffs 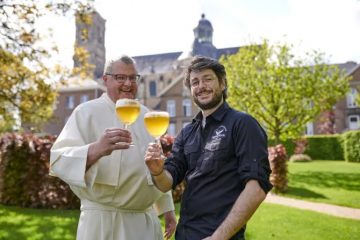