Archbishop Jerome Listecki of Milwaukee is encouraging people to pray for and promote peace following the acquittal of Kyle Rittenhouse on Friday, Nov. 19.

“During times like these with severe division among people and the potential for social unrest, it is important for us to remember Jesus’ commandment to Love One Another,” said Listecki, in a statement provided to CNA on Friday.

“As Americans, we rely upon the rule of law and our justice system, which ensures the rights of all our citizens,” he said. “We need to remember that every individual is made in the image and likeness of God, and therefore we need to follow the two great commandments — love God, and love your neighbor as yourself.”

Doing this, said Listecki, serves to “recognize the human dignity in every person” and promotes respect and love for one another.

Rittenhouse, 18, was found “not guilty” on five charges, including two counts of first-degree reckless homicide and one count of attempted first-degree intentional homicide.

A sixth charge, possession of a dangerous weapon by a person under 18, was dismissed on Monday, Nov. 15, after his attorneys argued that his rifle was not short-barrelled and therefore did not fall under the law.

On Aug. 25, 2020, Rittenhouse shot and killed two men and injured a third during the riots and unrest in the city of Kenosha, Wisconsin. Rittenhouse, who was 17 at the time, was in Kenosha purportedly to protect a business and to provide medical aid. He lived in nearby Antioch, Illinois, although his father and other members of his family lived in Kenosha.

Rittenhouse’s lawyers claimed that their client was acting in self defense. During the trial, Gaige Grosskreutz, who was shot and injured by Rittenhouse, admitted that he was shot after he had pointed his own firearm at him.

Additional video footage from that evening bolstered Rittenhouse’s claims of self defense.

The unrest in late August 2020 was sparked by the Aug. 23, 2020 police shooting of a 29-year-old Black man named Jacob Blake. Blake was left partially paralyzed and the officer was not charged.

The protests lasted for four days, causing an estimated $52 million in property damage. 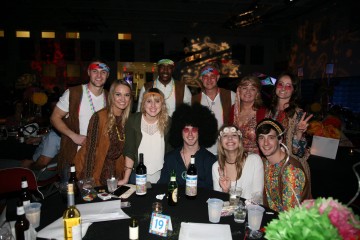