Editor’s Note: This is the first of a multiple-part series on the Vital Parishes Project, an ongoing effort to mitigate the impact of a decline in the number of available priests for assignment as pastors on the parishes of the Archdiocese of Cincinnati. The first installment examines efforts to mitigate the impacts of the shortage of priests and to prepare those priests for the challenges that lay ahead.

The move to mitigate the effects that the diminishing number of priests has on archdiocesan parishes while maintaining and growing vibrant communities has no schedule beyond that dictated by the status of individual priests.

When a pastor in the Archdiocese of Cincinnati completes his six-year term, or reaches retirement age — or becomes ill or dies, he triggers a series of mechanisms designed to keep parishes vibrant and dynamic.

“It causes us to look at that parish and the region it’s in and talk to the parishes about how we can best preserve their individual identity,” said Bishop Joseph Binzer, who is in charge of the Priest Personnel Office for the archdiocese.

Bishop Binzer’s office posts pastoral openings in the archdiocese in what is called an open listings process. For example, a priest whose six-year term is up will look at the openings and apply, just like managers in many companies do. If the expiration of his term coincides with the opportunity to bring one or more other parishes into a region, he may apply for that position.

A pastor may stay in place more that six years if he becomes pastor of his current parish and others in a pastoral region. That would extend his term six years, Bishop Binzer said.

Bishop Binzer said Canon Law requires a priest to submit his resignation to the archbishop when he reaches age 75.

“But many serve beyond that, especially if they are in residence in a parish,” Bishop Binzer said. “They continue to serve for which we are very grateful,”

By the numbers
There are two priests over the age of 75 still serving as pastors and one who serves as a parochial administrator of a parish. Seventy-nine retired priests live in the archdiocese.

Vocation trends are improving; the Athenaeum of Ohio/Mount St. Mary’s Seminary projects two ordinations this spring; three in spring 2014 and three or four in 2015.

“We have been much more diligent in promoting the need for vocations to the priesthood in a positive and dynamic way,” Director of Vocations Father Kyle Schnippel said.  “We have been active in parishes and campus ministry programs.  Under Archbishop (Dennis M.) Schnurr’s leadership, we have instituted Andrew Dinners which give pastors a chance to invite young men from their parish whom they think might have a vocation to consider the possibility of the priesthood in a positive way,” he explained.

“Also, the Vocation Prayer that Archbishop Schnurr wrote and published is a constant reminder in the parishes of the awareness that God has called all of us in a unique way to holiness,” Father Schnippel said, reminding that God has a role in vocations, too.

“Finally, I think that the men who are being ordained today are much more proactive in promoting vocations that happened in the past, when vocation promotion was in a more tacit way.”

But even with that success, the shortage of priests will not be alleviated soon.

From First Year Theology to ordination to becoming a pastor is a 10-year process.

“We like them to have some pastoral seasoning before they become pastors,” Bishop Binzer explained. He said the archdiocese plans for a priest to have six years experience before he becomes a pastor, although there have been exceptions to the rule, he said. “Six years is a plan, not an absolute,” he said.

Bishop Binzer said seminarians get a good feeling for what lies ahead when they serve their internships at various parishes across the archdiocese. When there are open listings, he said some priests specify they are looking for a two-parish region or a four-parish region. And when there are no applicants for a specific opening, “that’s when I get involved and encourage people to apply,” he said.

Impact on vocations
Father Schnippel says the move to pastoral regions does have an impact on vocations, “…when there were multiple priests in a parish, there was a chance for each member of the laity to see the different characteristics of the priesthood and how each priest manifested that differently

“Also, it helped with the awareness that personalities and styles matched up differently,” he explained.  “I might be closer with one priest or another because of a click in personality styles. There was a greater flexibility for priests to truly be a member of each parish family as well.  He was able to get to know his people better and on a deeper level.” He said the majority of families in a parish therefore would have a connection with at least one priest.

“Now, that personal connection is primarily and almost exclusively through how that priest celebrates Mass on Sundays. Also,” Father Schnippel said, “because he has to spread his time in multiple locations, it will take much longer for him to get to know his people and for the people to get to know him. “Certainly, these are not insurmountable obstacles, but it will take some thinking in how to tackle them in today’s church,” Father Schnippel added.

Pastors get help
Bishop Binzer explained that this archdiocese is already tackling those obstacles: Today’s pastor has a significant amount of help so he can concentrate on his pastoral duties. “The priestly offices of Jesus – teaching and sanctifying and the servant /leader office — the pastor gets help with the latter from lay people and permanent deacons,” he explained.

“He doesn’t have to prepare regular financial reports. There are people who can do that for him so he can attend to pastoral duties.”

The archdiocese has a goal of energizing and encouraging vital parishes but also of being able to operate them using various pastoral regions with as few as 100 priests to serve as pastors.

In subsequent stories on this topic, The Catholic Telegraph will examine success stories, struggles and misunderstandings some parishes have navigated as the Vital Parish project, headed by Father Len Wenke, director of the archdiocesan Pastoral Services Office, moves towards this goal.

Honduras trip: ‘Experience that will last a lifetime’ 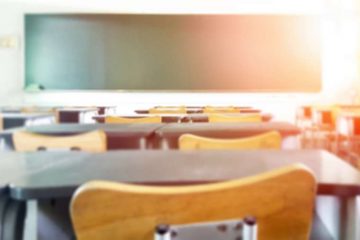