Bishop Nicholas DiMarzio of Brooklyn told CNA on Monday that the attempts to silence the July 10 local Witness for Life procession were “very disturbing” and “disheartening.”

Brooklyn’s Witness for Life day of prayer, which occurs on the second Saturday of each month, normally begins with an 8 a.m. Mass at St. Paul’s Church. A rosary procession to the local Planned Parenthood clinic seven blocks away follows Mass. Saturday’s gathering marked the third such procession in Brooklyn this year.

However, on Saturday the group New York City for Abortion Rights (NYCFAR) gathered outside St. Paul’s before the morning Mass and chanted throughout the Mass. Some of their chants outside the church included “Our bodies, our lives, our right to decide,” as well as “St. Paul’s Church harasses patients” and “Free abortion on demand, can we win it? Yes we can.”

Saturday’s encounter between pro-abortion protestors and Witness for Life was the second such incident in as many months. At the previous month’s Witness for Life event, NYCFAR organized a protest as well.

Kathryn Jean Lopez, a Witness for Life participant who also covered the event for National Review magazine, told CNA on Monday that the protestors in June “were literally in the face of Fr. Fidelis Mochinski CFR and another priest.” Fr. Mochinski leads Witness for Life in Manhattan.

Lopez said that because protestors pushed against Fr. Mochinski, the June 12 procession took one hour to walk seven blocks.

The organizers of Witness for Life responded by meeting with police before the July event.

“When we met with the police last week, we explained that we really need the police to ensure our safety after what had happened last month in June, that we did not feel safe, and that it was dangerous,” said Deborah Sucich, a consecrated virgin for the Diocese of Brooklyn and organizer of the Witness for Life, to CNA.

Both Sucich and Lopez commended the protection efforts by police.

Videos posted on Facebook showed multiple New York Police (NYPD) officers standing outside St. Paul’s Church during the Mass, and accompanying the procession. However, even with the police presence, the procession took two hours to traverse the seven blocks to the abortion clinic.

“What struck me was the anger,” Lopez said. “What also struck me was the venom, not just from counter protestors but also the people on the street. The thing I can repeat is ‘you’re the worst,’ but you can imagine the expletives and other words that are thrown at people.”

Who is the nun who will be beatified with Cardinal Wyszynski, Poland’s ‘Primate of the Millennium’? 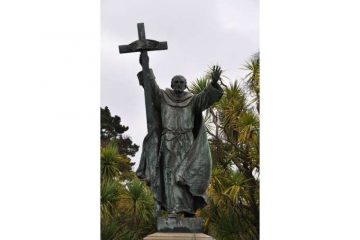